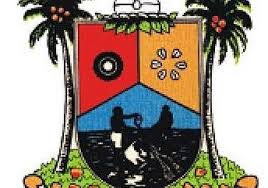 The Lagos State Government has distributed over one tonne of Downy Mildew Resistant (DMR) and Leaf Streak Resistant (LSR) -yellow hybrid maize seedlings to over 650 farmers in the state, saying that move was aimed at significantly increasing local capacity for the crop production and reducing food scarcity within the region.

It said that the seedlings had been distributed to the farmers for use during the ongoing planting season and expressed hopes that the resultant harvest would reduce the problem of food shortage which was being faced within the state as well as in several regions across the nation.

The Commissioner for Agriculture, Gbolahan Lawal, said that it had become imperative for government to take an active role in the distribution of agricultural palliatives aimed at reducing the possibility of widespread food scarcity which could rise as a result of the adverse effects of the deadly coronavirus pandemic upon the nation.

Lawal, who confirmed the seedling distribution through a statement released on Wednesday, revealed that the Lagos State Government had embarked upon the agricultural donation of maize seedlings because the crop was one of the most useful in the West-African region.

According to the commissioner, maize was a source of important dietary minerals such as carbohydrate, protein, iron, vitamin B, and others, the cultivation of which stood to benefit the state and nation in general.

He disclosed that the distributed seedling variety was a hybrid breed that had been genetically engineered to produce high yields and a better quality harvest for the farmers.

“The Downy Mildew Resistant (DMR) and Leaf Streak Resistant (LSR) – Y (Yellow) hybrid has a maturing window of 75 days. It is also resistant to leaf defoliation and cob diseases. It requires a minimal amount of fertilizer dosage and is highly resistant to maize streak which affects the seedlings at maturity while remaining highly nutritional to the human body,”
“With all these qualities, there will be a better and higher yield than what farmers had been harvesting, thus culminating in more profit. The effect is that the farmers have seeds to plant in the midst of the COVID-19 pandemic where they’ve been finding it difficult to get good seeds and inputs,”
“Also, the seeds are hybrid, which means that they can multiply it for late maize and next year’s planting seasons. Hybrid maize usually generates high yields, increased value, and reduced production costs. The plants are bigger, stronger, and more vigorous”, he said.