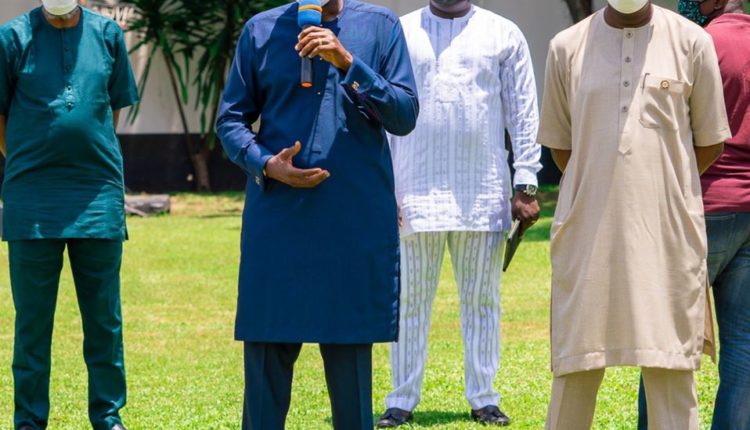 The Lagos State Government has disclosed the discharge of one Ukrainian national as well as 11 others, after receiving negative coronavirus test results and being certified free from the deadly viral infection.

It said that the 12 former coronavirus patients had been treated in various isolation centers in the state and that the cases were released following receipt of consecutive negative test results, thus bringing total number of recovered Covid-19 incidents in the state to 199.

The State Governor, Babjide Sanwo-Olu, who confirmed the discharge through a post on his social media page on Thursday, revealed that the former Covid-19 patients included nine males and three females, one of which was the Ukrainian national while the others were persons of Nigerian descent.

Sanwo-Olu stated that six of the discharges had taken place at the Mainland Infectious Diseases Hospital, five from the Lagos University Teaching Hospital (LUTH), and one at Ibeju-Lekki region of the state.

He said that the former coronavirus victims had been successfully released and allowed to be reintegrated into society.

“12 more persons; 9 males and 3 females including a foreign national – a Ukrainian have been discharged from our Isolation facilities to reunite with the society. The patients, 6 from our Mainland Infectious Disease Hospital, Yaba, 5 from the Lagos University Teaching Hospital (LUTH), and 1 from Ibeju-Lekki were discharged having fully recovered and tested negative to COVID-19 in two consecutive readings,”

“This brings to 199 the number of COVID-19 confirmed cases that have been successfully managed and discharged in Lagos”.

MTN staff may still work from home after lockdown, during curfew