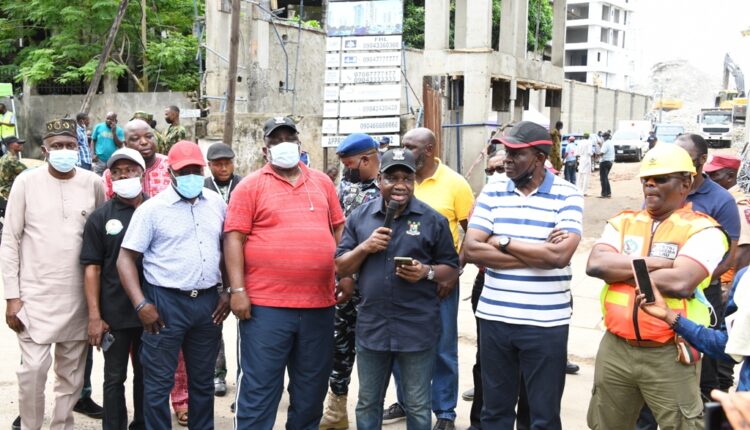 The Lagos State Government has disclosed that Deoxyribonucleic acid (DNA) test would be conducted on victims of the high-rise building under construction that caved in Ikoyi, to identify bodies that have become difficult to sort out by families for collection.

Meanwhile, the state government confirmed that the death toll had risen to 38 bodies and nine survivors and that efforts have been intensified to recover all bodies from the disaster scene in the state.

As gathered, the move to conduct DNA tests was borne out from the fact that there was no manifest from the firm erecting the structure, Forescore Heights, to ascertain the number of people in the structure when it caved in last Monday.

Also, some of the deceased artisans and labourers at the site before the building came down were said to be foreigners from West African countries, particularly from Benin Republic.

The Guild learnt that among the 38 victim’s bodies already recovered under the rubbles by a joint rescue team had already fractured their faces and some parts of their bodies and possibly may not be easy for relatives to identify them.

Commissioner for Information and Strategy, Gbenga Omotoso, who disclosed these on Friday during a joint press briefing at scene of the collapsed building, disclosed that the government has commenced the identification exercise to assist families to point out bodies of their loved ones.

Addressing pressmen, Omotoso added that the process has commenced since 4 pm at the Infectious Disease Hospital (IDH) in Mainland, Yaba axis of the state, urging families of victims to visit the centre for the identification processes.

“There are some bodies that are in a state that it would be unprofessional for the hospital to allow people to look at them in that present state and for them to be released the way they are. That is why we have the little delay that we are having”, he added.

The commissioner noted that the death toll has increased to 38 and that the bodies recovered were currently at the facility’s morgue awaiting their relatives to identify them.

According to him, 32 families have submitted names of those still missing after we opened a register for people that have missing persons or loved ones whom they believed must have been at the site before the collapse. Some of them have pictures, others do not.

While the rescue operations continues, Omotoso assured Lagosians that the government would stop at nothing to ensure the welfare of the survivors and that all bodies trapped under the rubbles were removed as well as handed over to their families

“And I want to tell you that the operation continues. And do not forget that yesterday, Mr. Governor, Babajide Sanwo-Olu told everyone that one of the patients was taken to Lagos State University Teaching Hospital (LASUTH). the patient has been returned to the general hospital and he is doing well”.