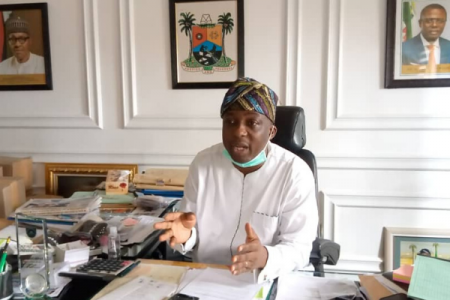 It explained that by giving its legislative backing to the proposed upgrade of the citadels of learning, the Assembly leadership has demonstrated it was committed to development of education sector, particularly the tertiary level such that would produce employable graduates.

Giving the commendations on behalf of the state government, the Special Adviser to Governor Babajide Sanwo-Olu on Education, Barrister Tokunbo Wahab, noted that the establishment of the proposed two state universities may be faster and earlier than expected, given the urgent attention and legislative support to the matter by the lawmakers.

The special adviser lauded the House for supporting good governance in the state through quality legislation, revealing that the House had during the week debated two bills proposing the establishment of two tertiary institutions in the state.

“We are particularly happy that the lawmakers have thrown their support behind the establishment of the Universities of Education as well as that of Science and Technology in demonstration of the State Government’s commitment to the growth of Education and Technology in the State. I am confident, history of good governance will be so kind to the Speaker and members of the great Assembly, whenever we are reflecting on activities that led to a new Lagos of our collective dream”, Wahab stated.

He pointed out that it was obvious that LASU can no longer cope with the admission needs of the large student population in the state, hence, the need for the establishment of more universities. He stressed that when the two new universities commence operation, they would add value to science, technology, vocational and entrepreneurship skills development needed for rapid socio-economic growth of the state and the nation at large.

The special adviser also disclosed that the bills, which scaled the second reading on the floor of the House on Thursday, have been sent to the House Committee on Education (Tertiary) by the Speaker, Rt. Hon. Mudashiru Obasa for further consideration as well as a directive to report back to the House in two weeks.