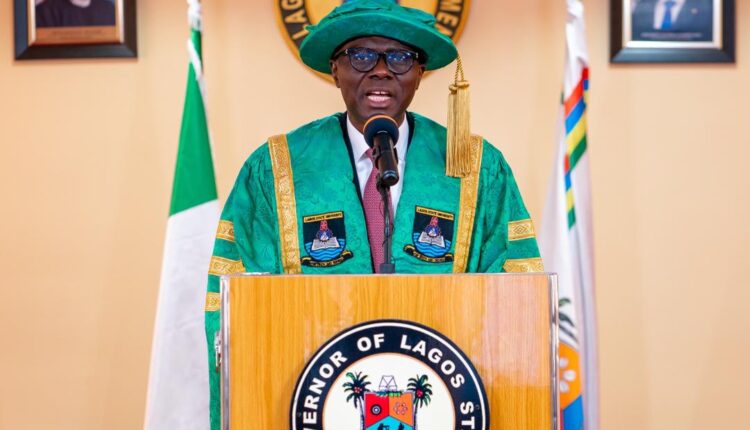 The Lagos State Government has cautioned staff of the state-owned tertiary institutions from meddling into issues of annual subvention paid to the schools, just as it disclosed that plans have been initiated to monitor how the institutions spend their funds.

It said that the worth and payment of subvention from the state government to tertiary institutions was not the staff concern rather it was an issue left for management of the institution and government to decide.

The government advise came days after staffs of tertiary institutions, Lagos State University (LASU) and Adeniran Ogunsanya College of Education (AOCOED), embarked on an industrial action to demand for minimum wages and express their displeasure over subvention paid to the institutions.

Appealing to the staff not to get involve in negotiation between the government and management, Special Adviser to the governor on Education, Tokunbo Wahab, during an interview with newsmen at his office in Alausa Secretariat, Ikeja, described the recent protest as unnecessary considering that the government had address majority of the protesters’ demands.

Wahab, who appreciated the governor for his swift response, Lagos State House of Assembly members and other stakeholders efforts to resolve the issue, maintained that staff of LASU that protested under different unions, Academic Staff Union of Universities (ASUU), Non-Academic Staff of Educational and Associated Institutions (NASU) and the Senior Staff Association of Nigerian Universities (SSANU), have no ground for embarking on the actions.

The governor’s aide noted that before the institutions were approved for reopening, there were several stakeholders’ engagement to address the issues raised by LASU staff to ensure that the institution was ready for resumption after lockdown.

“Now, the issue on Monday (last week) was unfortunate. The unions came with a list of demands some months back. On the list were some demands, which included giving them a governing council, infrastructure and that we should put some (other) things in place for them. Now, let’s look at the things on that list. The governing council was inaugurated last month by Mr Governor and it has barely spent three weeks. Mr Governor has also ensured that some of the abandoned infrastructure in LASU have been completed. They have moved into their Senate building and are wrapping up the construction of the Lagos Business Management faculty. The contractors are back on site”.

While arguing that the issues raised during the meetings were logically addressed, he reiterated that the unions’ clamour for increment in subvention from N450 million was a issue for the governing council and not what should be staff priority.

“Technically, the issue of subvention is between the government and its Ministries, Department and Agencies (MDAs). Subventions are grants. The management of the school, the governing council and the state, which owns the institution, are looking at this issue of subvention and at the appropriate time, we will take a position on it”.

The special adviser disclosed that of the four tertiary institutions in the state,  LASU collects the highest subvention of N450m and was closely followed by Lagos State Polytechnic and AOCOED that receive about N210m monthly; while Michael Otedola College of Primary Education (MOCOPED) collects N125m as  monthly subvention.

He said that the Babajide Sanwo-Olu-led administration, as part of the efforts to ensure seamless operations, increased MOCOPED subvention from N120m to N125m and raised that of AOCOED’s from N200m to N210m.

Kaduna Govt. closes down event centres, mandate facemask use, others