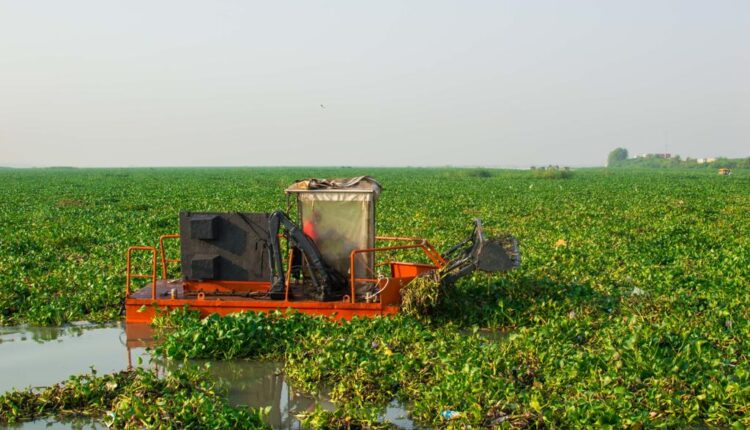 The Lagos State Waterways Authority (LASWA) has commenced the annual clearing and removal of water hyacinth across Jetties and terminals in the state.

Emmanuel noted that the water hyacinth becomes a major threat particularly during the second half of the year, saying it obstructs the free flow of ferry traffic on the state inland waterways.

According to him, therefore LASWA alongside other State Ministries, Department and Agencies as well as Federal Agencies are collaborating and have mobilized adequate Labour force and machinery to commence clearing of the stubborn weed immediately.

“This effort in no doubt will mitigate the occasional damage of Boat Engines caused by this floating aquatic plant and will eliminate delays in travel time while promoting the use of water transport as a viable alternative that is safe, fast, and secure”.

Emmanuel reiterated the state government’s commitment towards improving safety standards and procedures of the state inland waterways so to achieve the safety of all Waterways users, he advises Boat Captains to always drive with caution during this season while soliciting maximum cooperation of all stakeholders