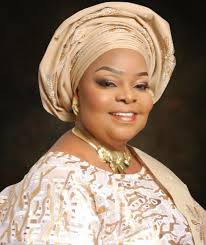 The Lagos State Government has begun shortlisting indigent and vulnerable residents who would benefit from the Federal Government Conditional Cash palliative program.

It said that the exercise had begun following a four-day training program for selected Local Government Councils staff on the modalities for carrying out the shortlisting exercise in various regions across the state.

The Commissioner for Wealth Creation and Employment, Yetunde Arobieke, revealed that the exercise was abridged to include education of indigent people on the deadly coronavirus pandemic and that the facilitators’ training had been by experts from the federal government.

Arobieke, who confirmed the shortlisting exercise while speaking to newsmen on Friday, stated that the program was being implemented through the administration of questionnaires which were prepared in line with World Bank standards.

She added that a total of 33 states of the federation had keyed into the shortlisting exercise and that the concept would help identify deserving beneficiaries and enable residents to benefit from the apex government initiative.

The commissioner expressed the satisfaction of the government on extension of the conditional cash transfer palliative program to the state, saying that disbursements would cushion the negative economic effects of the coronavirus pandemic on Lagosians.

She assured the people of the governor’s commitment to ensuring wellbeing of Lagosians and said that the registration exercise had been possible due to Sanwo-Olu’s insistence that residents also benefit from the federal government initiative.