Payment for coronavirus test not requisite for evacuation… 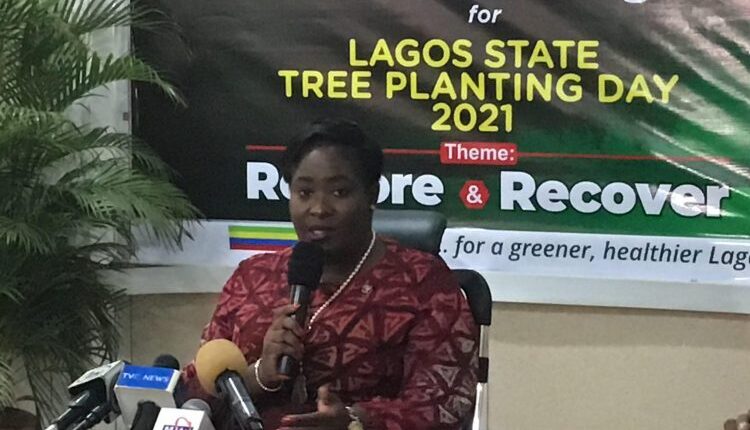 After concluding the planting of over 7.6 million trees across Lagos, the State Government has begun another initiative that would see it put up at least 50,000 trees annually to restore the ecosystem and achieve a sustainable future environment that would be suitable for all.

The State Government said that this initiative has been discovered as the best nature-based solution that could further reduce viral disease, increase citizens longevity and contribute towards achieving a lasting Coronavirus recovery globally particularly in Lagos.

The state government hinted that this annual event would not stop it’s greenery initiatives designed to
establish new garden centers and upgrade existing ones across the state through its agency, Lagos State Parks and Gardens Agency (LASPARK).

Speaking on these programmes at a press briefing heralding the yearly tree planting day scheduled for July 14, the General Manager of LASPARK, Adetoun Popoola, stated that planting trees and achieving a greener environment had become the largest platform for environmental public outreach that ensures healthy living in the state.

Popoola disclosed that on the 14th of July as was done yearly, trees would be planted simultaneously across Lagos by both private and public sector institutions to encourage Lagosians to plant and protect the trees within their communities.

She said that there would be ceremonial tree planting events by members of the state executive at designated locations alongside those that would be planted across the 57 Local Governments and Local Council Development Areas in the state.

The LASPARK boss noted that these would add to the existing trees that had been planted across the state, saying in the last 10 years, the government had planted over 7.6 million trees to prevent global warming in the state.

Aside from planting on July 14th, Popoola hinted that the agency has commenced sensitization and mobilization in preparation for the exercise and to ensure tree planting does not stop after the day across Lagos.

To further ensure continued planting and protection of trees, the parks and garden agency boss disclosed that tree seedlings were already being distributed to Local Governments and Local Council Development Area (LCDA) for these purposes.

She added: “To encourage more people to plant, we will also be giving out tree seedlings free of charge to interested participants, private organisations and volunteers including Non-Governmental Organisations (NGO), Community Development Committee (C.D.Cs) until the end of July.

“We have also designed a competition for school children, we want children between the ages of 4 and 12 to create any art form depicting their interpretation of this year’s theme: “Restore and Recover.” Participants with the best entries will be rewarded with learning resources like electronic tablets, books and other educational materials,” Popoola added.

She explained that over the years, the Lagos State Tree Planting Day had grown to be one of the largest platforms for environmental public outreach by the government, groups, and organisations across various sectors of the state.

“Lagos, the most populous city in Africa is also one of the most vulnerable to sea level rise and flooding. We are not immune to global warming and the various other climatic challenges experienced around the world. Computation of the Climate Change Vulnerability Index identified Lagos as one of the top 10 global cities and only city in Africa with ‘high risk’ from climate change.

“The importance of trees to the environment can therefore not be overstated. Trees influence everything – As the biggest plants on the planet, they give us oxygen, store carbon, stabilise the soil and give life to the world’s wildlife. The Lagos State Government recognizes this as represented in the Health and Environment pillar of the T.H.E.M.E.S agenda as a blueprint towards improving citizens’ health and achieving and sustainable environment,” she stated.