Philippines plans to take drug war to schools with searches,… 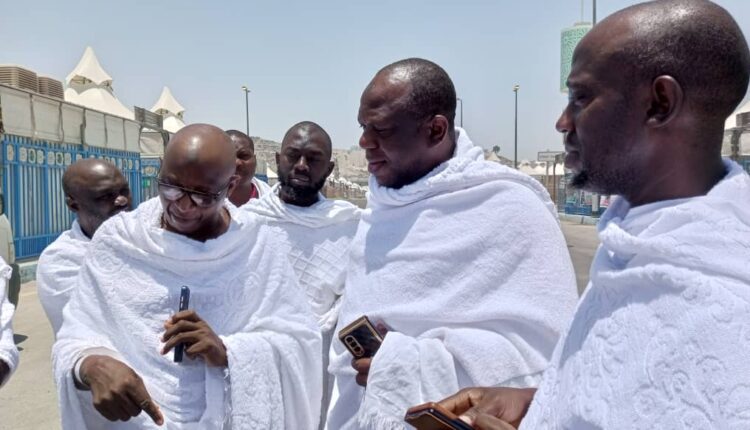 The Lagos State Government has commenced the disbursement of over $1.2 million to pay the Basic Travel Allowance (BTA) of its 1,562 pilgrims currently performing the Year 2022 holy pilgrimage in the Kingdom of Saudi Arabia.

A breakdown of the funds paid by the state government to pilgrims indicated that each pilgrim would receive $800 and the funds would be paid in foreign currency.

The Amir-ul-hajj and Commissioner for Home Affairs, Anofiu Elegushi, disclosed the funds earmarked for each pilgrim while addressing the Muslims during a meeting held in the country.

He added that the total BTA paid would not be less than what was earlier promised during a One-Day Seminar at the Blue Roof, Lagos Television compound, Agidingbi, Ikeja, Lagos on June 12, 2022.

While dispelling the unfounded rumour that the State Government was planning to deprive them of their money, Elegushi stressed that the hiccups initially experienced were caused by some conditions placed before it by the management of a commercial bank in the country before the dollars could be released to the beneficiaries.

He, however, thanked Almighty Allah that the challenges were surmounted and the dollars were released for distribution to the pilgrims in the Kingdom of Saudi Arabia.

Whilst appreciating the support and encouragement of Governor Babajide Olusola Sanwo-Olu and his deputy, Dr. Kadri Obafemi Hamzat during the critical period, he appealed to the pilgrims to spend their money wisely. He urged them to spend their money on important things that would add value to their lives and not on frivolities.

He also enjoined them to pray for peace and tranquility in Nigeria against insecurity, kidnapping, banditry, insurgency, and other vices bedeviling the country as well as success for the present administration in the State.

Present at the meeting were the Special Adviser to the Governor on Islamic matters, Ahmad Jebe and Board Chairman, Shakiru Gafar.

Meanwhile, the pilgrims both males and females have started arriving at the prestigious ‘Tent B’ provided for them in Muna by the State Government with effect from July 7, 2022.

The ‘Tent B’ which is more spacious and furnished with modern facilities than ‘Tent C’ was facilitated by the administration of Governor Babajide Olusola Sanwo-Olu with a view to providing maximum comfort for the pilgrims.

The pilgrims are expected to spend five days in Muna from where some important Hajj rites such as visiting and praying at the Mount of Arafah and throwing pebbles at the accursed Shaitan (Satan) at the Jamrah, amongst others would be performed before leaving for Makkah for other Hajj rites.