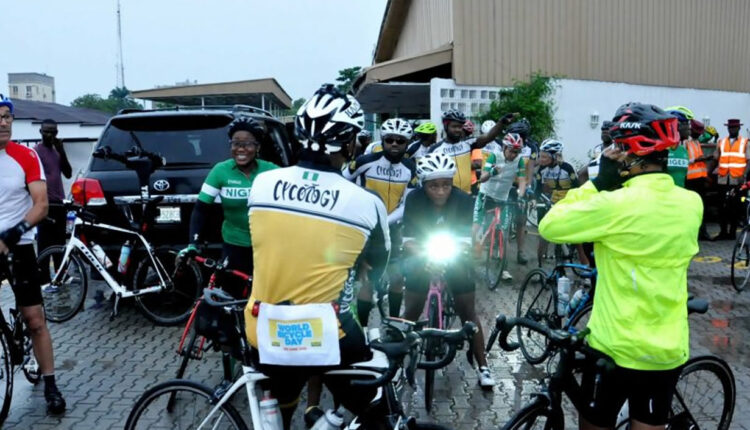 To ensure full implementation of the new policy, the State Government has also set up the Lagos State NMT committee with over 20 representatives comprising representatives from various Ministries, Department, and Agencies (MDAs) as well as Non-Governmental organizations and community leaders across the state.

The government has also inaugurated a sub-committee on NMT that would be responsible for policy reviewing and designing dedicated lanes for cyclists and other modes of transportation aside from motorised in the state.

According to the government, the sub-committee will further ensure that the detailed design, construction, as well as maintenance of streets and greenways across Lagos.

Non-motorized Transportation includes walking and bicycling, as well as variants such as small-wheeled transport like skates, skateboards, push scooters, and hand carts, and wheelchair travel.

Announcing these on Thursday, the Commissioner for transportation, Dr. Frederic Oladeinde, at a webinar, said that the inauguration of the committee was due to the critical role of NMT to development and the need to factor it into road infrastructure investments.

Oladeinde noted that the state government’s decision to invest in NMT infrastructure would lead to massive benefits including protecting vulnerable road users from speeding motor vehicles, and increases affordable access to vital services and employment for Lagosians.

“An efficient and cost-effective transport system essentially connects people to daily life – to jobs, education, and public services, and NMT is an integral part of that connectivity. In Lagos, a large percentage of the population either walk or cycle which indicates that NMT policies will provide an essential service for the majority of the people”, he added.

The commissioner said that the use of bicycles and other NMT systems would aid greater health equity in Lagos state where carbon emissions from vehicles remain high.

“In Lagos, the vehicle population is growing rapidly and if continued unabated threatens to aggravate the existing congested traffic situation. According to the Motor Vehicle Administration Agency (MVAA) and Lagos Bureau of Statistics (LBS), the vehicular population of Lagos grew from about 300,000 to more than 1,500,000 between 2002 and 2019, with a significant rise in the number of people killed or seriously injured in road accidents during the same period”.

“Henceforth, LASG will be guided by contemporary street design management principles that support and invite multiple uses, including safe, active, and ample space for pedestrians, cyclists, and public transport that are more conducive to the public life of an urban neighborhood and efficient movement of people and goods than streets designed to move personal motor vehicles. This is our vision for an inclusive city for all”.

Earlier speaking on the importance and role of the committee to NMT development, the LAMATA Managing Director, Abimbola Akinajo, stated that the committee would improve inter-MDA coordination of NMT at the city level.

Akinajo added that the committee would assist the government to review the proposed designs, guide implementation, and monitor performance over time.

She stressed that the sub-committee would assist to disseminate best practices in street design among city officials, consultants, and others, as well as mediating conflicts among stakeholders during implementation, and others.

The LAMATA boss said that the committee would ensure the development of a “comprehensive, city-wide street network plan and the Lagos Street Design Manual (LSDM), and periodically revising them as needed”.

According to her, the committee would also assist the state government in the development of an implementation plan, with timelines and budgets; maintaining a database of topographic survey data and database of as-built drawings; monitoring project implementation; and monitoring performance metrics to evaluate impact.