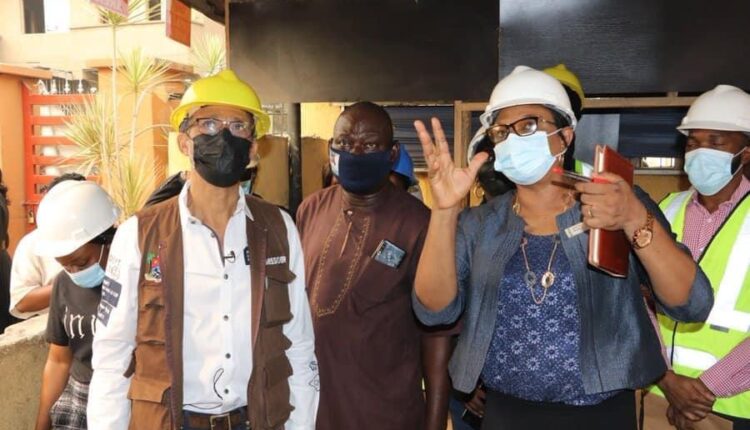 As part of measures aimed at enhancing quality health service delivery, the Lagos State Government has intensified phased refurbishment and renovation of all general hospitals across the state.

It explained that the need to address faulty designs, drainage, patient flow, staff flow, water collection, infection prevention compliance, non-compliance, energy, and ventilation in all the facilities necessitated the innovation.

The Lagos State Commissioner for Health, Prof. Akin Abayomi, said that the renovation drive which commenced last year would ensure all the facilities have a face-lift befitting the state’s standards.

According to him, the governor already knows the state of the General Hospitals and his mandate is that we do a deep refurbishment in all the general hospitals and bring them all up to the standard that is acceptable globally.

Abayomi spoke on Wednesday after inspecting two secondary health facilities, Ebute Metta and Harvey Road Health Centres, that have been approved for refurbishment in Y2021.

“Instead of repairing the general hospitals in little pieces every year, we are coming to a number of hospitals every year to do a complete refurbishing so that by the time we finish, it will look like a brand-new hospital. We intend to refurbish between six-eight hospitals in a year,” he said.

The commissioner disclosed that eight hospitals have been earmarked for deep refurbishment in Y2021 in addition to the ones started last year, adding that the rehabilitation project would also focus on bringing down the carbon footprints in the medical infrastructure and embracing renewable energy like solar, inverters and natural ventilators.

“We are trying to keep the hospitals on low energy and low carbon footprints; we don’t want the Medical Directors to spend their IGR on diesel and fueling Generators. So, where we can cool a building down naturally and use renewable energy like solar or natural ventilators or inverters, we would do that just to bring down the carbon footprints of all our medical infrastructure and reduce the use of fossil fuel and generally, redesign the building or rehabilitate it to be a lot cooler, among others,” he said.

Abayomi also noted that rehabilitation would be carried out in such a way that would not allow for major repairs in another decade except for continuous maintenance that would be done by the hospital management in collaboration with the Lagos State Infrastructure and Asset Maintenance Agency (LASIAMA).