12 die, one kidnap during villagers, bandits clashes in… 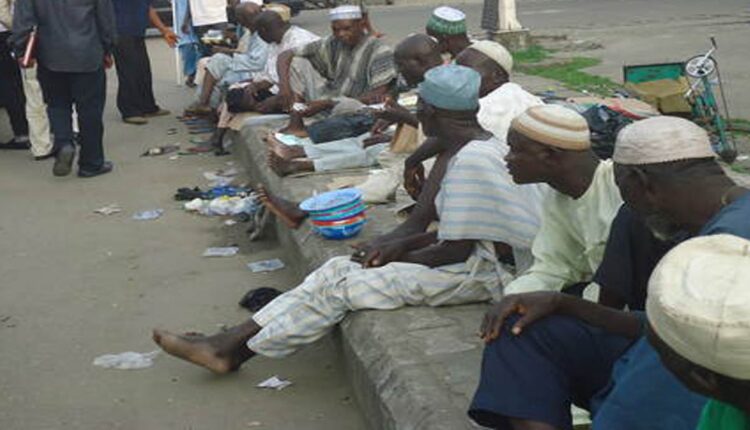 The Lagos State Government has disclosed that plans have been concluded to begin removal of street beggars and urchins across the state’s metropolis, saying their activities constitute a considerable nuisance to law-abiding Lagosians who are entitled to go about their businesses without fear and hindrance.

Towards achieving stress-free removal of the beggars, the government has set up a task force team that would be working with the Nigeria Police Force (NPF) to curb the menace of street begging across Lagos State.

The state’s Commissioner for Youth and Social Development, Olusegun Dawodu, said that the move was in line with the Governor, Babajide Sanwo-Olu-led administration to ensure the metropolis and other areas in the state are rid off of beggars and street urchins.

Addressing a press conference on activities of special team set up to curb street begging in Alausa on Wednesday, Dawodu said that their menace on Lagos streets impedes human movement and vehicular traffic, constitute an environmental nuisance, and security threats.

According to him, with a population of over 20 million people, Lagos is one of the fastest-growing cities in the world. Lagos State has representatives of all the ethnic groups in the nation with thousands coming into Lagos daily in search of a better life. The results of this influx of people are among others, pressure on infrastructure and societal ills.

He noted that the Sanwo-Olu-led administration would not fold its arms and watch the state become a haven for beggars, saying street begging and hawking remains a social vice that the government cannot afford to watch attain an uncontrollable level before acting.

“This has become Big Business to some groups of people. Our investigation revealed that Beggars and Hawkers (Children and Adults) are transported regularly from other parts of the country to Lagos with the sole aim of doing this odious “business” that demeans humanity and abuses innocence in the case of children, who are being pushed into this degrading trade. These groups of people have turned alms begging and hawking into a huge Business by collecting returns from beggars and hawkers, who incidentally, sleep under the bridges, motor parks, uncompleted or abandoned buildings, and other places not conducive for human habitation.

“If there is ever a time for us to roll up our sleeves and toil day and night for this menace to be confined to the dustbin of history in Lagos State, it is now. Of course, the reasons for this are not far-fetched. Intelligence reports have revealed that some of the so-called beggars go about with dangerous weapons, they assault and rob innocent Lagosians. Therefore, as a Government, we cannot afford to let this continue.

“Thus, a Special Team has been set up to tackle this menace frontally. The operation of this Special Team will commence in the next few days. The task we are undertaking is not only to sanitize our society but also to restore the dignity of these set of people who have been sent on to the streets for alms begging and hawking.

“Therefore, to tackle this menace, the Lagos State Government through the Rehabilitation and Child Development Departments of the Ministry of Youth and Social Development has maintained a Rescue Unit saddled with the responsibility of rescuing and protecting the destitute and the vulnerable. This we do by combing the nooks and crannies of Lagos State to rescue and protect the destitute, mentally – challenged, street children and beggars off the streets; and after being rescued, Our Rehabilitation Centres and Child-friendly Homes usually provide them with treatment, psychosocial therapy, and vocational training with the aim of making them useful to themselves and the society.

“In embarking on this enforcement, we will also deploy a lot of human and material resources towards enlightenment and sensitization via different media platforms. As they say, “enlightenment becomes entertainment without enforcement”. That is why the way to go now is to enforce compliance with the laws of our state for sanity to reign in our society,” Dawodu said.

The commissioner, however, urged Lagosian to ensure their alms are taken to recognized registered homes, orphanages, rehabilitation, and faith-based organizations where they would be judiciously utilized for the right purpose of ameliorating the condition of the vulnerable.

“By so doing, we will be able to discourage street begging. Obviously, we cannot do this alone. Hence, we solicit the support of our religious and traditional leaders, political leaders at various levels as well as members of the press in the area of advocacy and enlightenment. All hands must be on deck to discourage this inhuman culture of street begging which has the capacity to adversely affect the wellbeing of Lagosians,” he added.