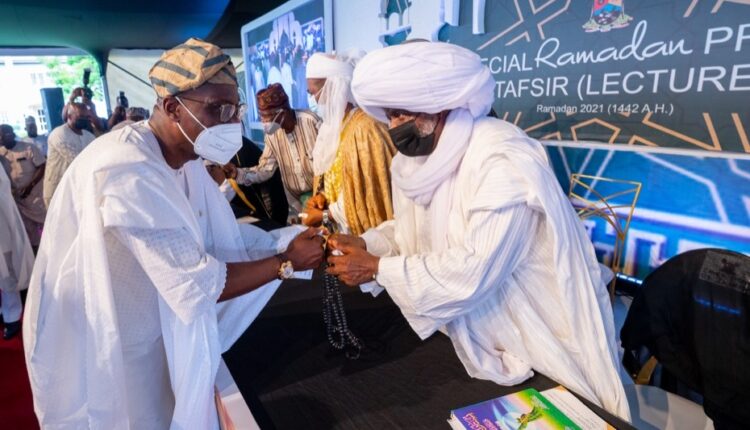 In a bid to improve the security of lives and property in Lagos, the State Government has commenced the installation of  2,000 Closed Circuit Television (CCTV) cameras across Lagos for security surveillance.

Aside from the CCTV cameras been installed, the state government has also disclosed plans to ensure technologies that would further prevent crimes and ensure fast-track the arrest of perpetrators across the state.

The ongoing installation was confirmed by the Lagos State Governor, Babajide Sanwo-Olu, on Sunday when hosted Muslim clerics in a special Ramadan programme, which was also used to dissect the nation’s contemporary challenges and a ground to supplicate for peace.

Sanwo-Olu, who was responding to the insecurity concerns raised by the clerics including Grand Chief Imam of Lagos, Oluwatoyin Abou-Nolla, Chief Missioner of Ansar-Ud-Deen Society of Nigeria, Sheikh Abdul-Rahman Ahmad, and others at Marina, Victoria Island, hinted that the government was also brainstorming on more strategies that could be adopted to make the state sustain peace and harmony currently enjoyed.

Sanwo-Olu, in his message to Muslim faithful that attended the lecture, promised to fulfill his campaign promises and deliver dividends of democracy, which he described as the reason the citizens elected him into office as governor.

The governor said that the state government was in the process of completing the installation of 2000 CCTV cameras across the state, for security surveillance.

According to him, we are going to install 2000 cameras across the whole state. We will stop at nothing at ensuring that Lagosians get dividends of democracy as expected.

Sanwo-Olu further assured the Islamic clerics that the proposed Last Mile (mini-buses), which his administration would unveil this month (May), would eradicate the menace of commercial motorcycle operators popularly called Okada riders particularly the insecurity that had trailed the business from the state.

While commending the clerics for their message of unity and for preaching peace, the governor described leaders of faith organisations as the conscience of the society.

He, meanwhile, urged the clerics to continue to restrain their followers from engaging in any activity that could further breach the peace in the commercial capital of the country.

The Governor used the opportunity to explain some of the far-reaching actions to be taken by the State Government in the coming days to strengthen security and bring succour to commuters.