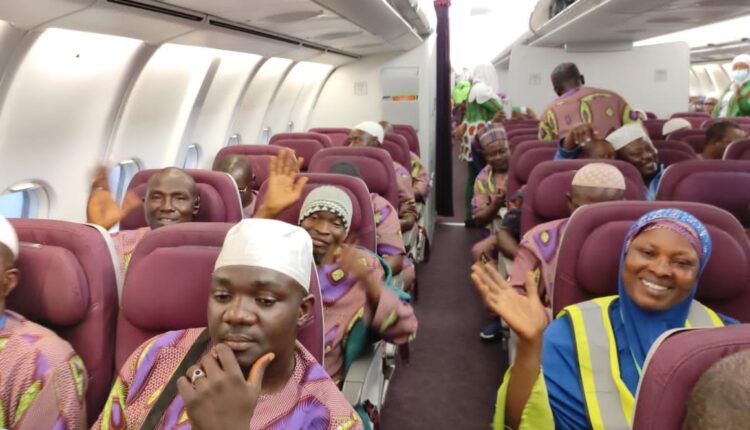 The Lagos State Government has promised intending pilgrims embarking on the 2022 holy pilgrimage that $800 will be paid to them as Basic Travel Allowance (BTA) and that everyone would receive it in dollars.

It said that the travel allowance was approved for the over 1,000 pilgrims welfare whilst in the holy land for the spiritual exercise by the State Governor, Babajide Sanwo-Olu.

The funds was confirmed by the Commissioner for Home Affairs, Anofiu Olanrewaju, while addressing the fourth batch of the intending pilgrims on the efforts already taken by the State Government to facilitate the collection of the foreign currency.

Speaking at the Hajj camp, Murtala Mohammed International Airport (MMIA), Ikeja, Lagos, Elegushi explained that the State Government had paid the naira equivalent of the needed US dollars to Union Bank of Nigeria Plc. but the bank was demanding for the e-passport of each intending pilgrim before releasing the dollars.

He explained further that after writing letter as a guarantor and presented the airlifting manifest of all the intending pilgrims, the bank once again declined, saying they would need to get appropriate directive from the Central Bank of Nigeria (CBN) before taking necessary action.

While pleading for understanding over the situation at hand, he assured that as a responsible and responsive government, the State would do everything humanly possible to ensure that the bank releases the BTA in dollars for every pilgrim without further delay.

N a statement released by Lagos State Muslim Pilgrims Welfare Board spokesperson, Taofeek Lawal, the Commissioner on behalf of the State Government, appreciated the intending pilgrims for their understanding and cooperation, saying the administration of Governor Babajide Olusola Sanwo-Olu and his deputy, Dr. Kadri Obafemi Hamzat would not take the gesture for granted.

The fourth batch of 347 intending pilgrims comprising of 143 males and 204 females were merged with 81 from Oyo State and three NAHCON officials to make a total of 431 passengers on board the Flynas Airbus with registration number PK-LER and flight number XY- 5032 which took off at exactly 11.41pm on Wednesday 22nd June,2022.

With the safe arrival of the fourth batch of 347 pilgrims, Lagos State now has 1,598 pilgrims already airlifted to the Kingdom of Saudi Arabia while efforts are still ongoing to airlift the remaining intending pilgrims in due course.

Government functionaries at the airport to see off the pilgrims include, Special Adviser to the Governor on Islamic matters, Ahmad Jebe and the Board Chairman, Shakiru Gafar.

Others were AbdulWaheed Lolade Shonibare (Board member); Hakeem Kosoko (Secretary), South West Commissioner of NAHCON, Alhaja Basirat Akintunde, amongst others.