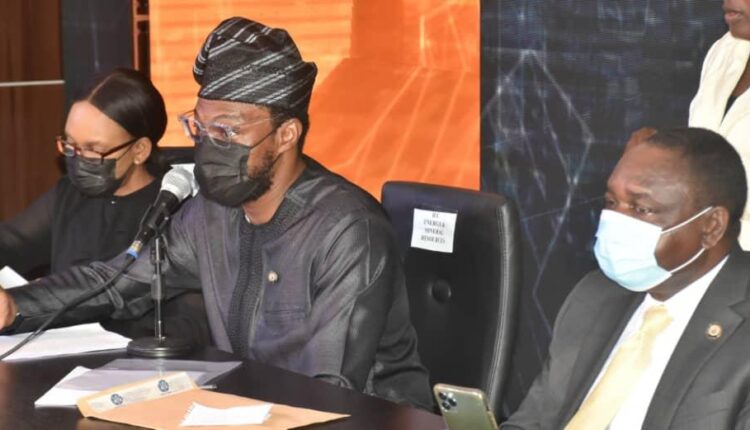 The Lagos State Government has approved the distribution and installation of 20,000 free electric prepaid meters to low-income earners in communities in the State.

Meanwhile, the government hinted that plans have been concluded to introduce the State Electricity Policy that will serve as a blueprint for the attainment of universal access to electricity across Lagos.

These were made known by the Commissioner for Energy and Mineral Resources, Olalere Odusote, during the year 2021 Ministerial Press Briefing, in commemoration of the second year anniversary of the State Governor, Babajide Sanwo-Olu’s administration at Alausa, Ikeja.

Odusote, who listed the five communities to include Isale Eko, Mushin, Surulere, Alimosho, and Agege, stated that it was part of the state government plan to end cases of estimated billings and improve electricity supply in the affected communities.

He noted that with prepaid meter, both the discos and consumers will have in the level of power supply used and paid for, saying, this will ens the face-off between both parties.

According to him, the Sanwo-Olu led Administration has concluded an arrangement with a leading smart metering solution company (Elsewedy Electric) on meter supply to target low-income communities and also identified transmission infrastructure challenges across the State.

On the electricity policy, the commissioner noted that when the policy becomes functional and fully implemented, it would also accelerate the “Light-up Lagos” power programme which the state government had embarked upon.

The Commissioner noted that “Lagos Electricity Policy is vital in achieving the T.H.E.M.E.S. agenda of this administration and will serve as a key driver for the social and economic development aspirations of the State in consonance with Government’s 30-year Development Plan (2021 – 2051), currently being developed.”

Odusote also recalled that a program titled Smart Hackathon 2020, was launched last year July by Governor Sanwo-Olu where the Governor revealed that the idea was to design, produce and mass-distribute affordable and reliable Smart Meters in Nigeria.