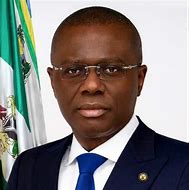 The Lagos State Governor, Babajide Sanwo-Olu, has approved clinical use of an anti-parasitic drug, Ivermectin, for treatment of coronavirus patients, in order to assess its effectiveness in curtailing the virus spread in the state.

Sanwo-Olu said that the approval of the drug for clinical usage was made considering efficacy of the anti-parasitic agent in containing the causative virus in SARS CoV-2.

Ivermectin is an FDA-approved broad-spectrum anti-parasitic agent that has been shown to have anti-viral activity against a broad range of viruses including SARS-CoV-2 and potentially cut the risk of Covid-19 deaths by as much as 75 percent.

The governor, who announced the approval yesterday in a statement on the update on COVID-19, said that within the month of January, one out of four samples returns positive, representing a 24 percent ratio and that the number of positive cases recorded was over 40, 000.

To scale up the treatment procedure across Lagos, the governor argued that the approval would not prevent the government from accepting the vaccine the Federal Government acquired for treatment.

He said: “The State Government is aware of numerous international claims that the broad spectrum anti-parasitic agent/medication Ivermectin has shown some efficacy in acting as sustained prophylaxis in containing/inhibiting the causative virus in SARS CoV-2.

“While this medication has not yet been approved for the broad treatment of the Coronavirus disease, the State Government has however taken the bold step of ensuring we have adequate stocks of Ivermectin, which will be initially deployed in a short clinical trial to ascertain its efficiency in our population to prevent and treat COVID-19 infection”, the governor added.

Sanwo-Olu further disclosed that the government has established a telemedicine service, EKOTELEMED, for patients who are either asymptomatic or have mild symptoms that do not require admission.

The governor added that the strategy was adopted to give coronavirus patients the opportunity to get treatment within the comfort of their homes in the state.

According to him, EKOTELEMED is manned by well-trained medical personnel and is available on a toll-free line, 08000EKOMED and the state would like to encourage as many people as possible, whose cases fall in the asymptomatic or mild category, to take advantage of this service.

“So far about 5,000 patients have been reached through EKOTELEMED, and more than a thousand care packs delivered to patients in the Home-based care program”.