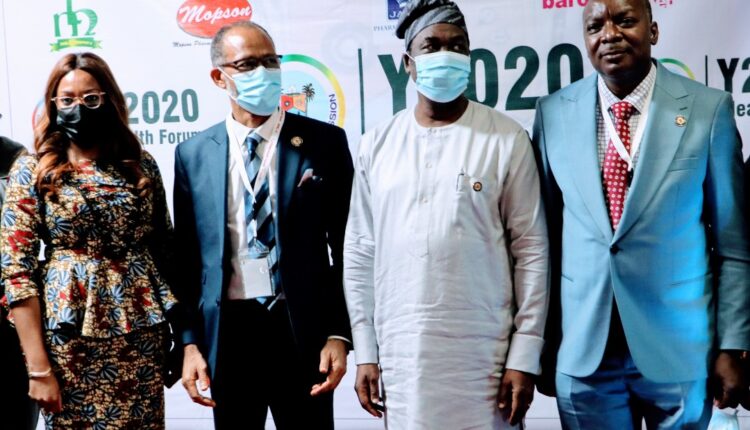 Following growing concerns from practicioners, particularly Nigerians on need for health sector’s overhauling, the Lagos State Government has lend its voice toward same demands by calling for complete restructuring of the sector for citizens’ benefits.

It indicated that the need to rejig the bureaucratic process in the healthcare sector to enhance quality service delivery without wasting time necessitated the call for restructuring, adding that such was being championed to reduce medical tourism and ensure quality and efficient health care sector for citizens.

The State Governor, Babajide Sanwo-Olu, said that the outbreak of coronavirus which opened up the country’s health sector lapses was enough reasons to go back to the drawing table and bring up strategies capable of breaking yoke of excessively complicated administrative procedure in which the sector had been shrouded.

Speaking yesterday during the Lagos State Y2020 Health Forum themed “Reform of Bureaucratic Process: Creativity and Innovation in the Health Care System, held at the Orchid Hotels, Lekki, the governor, who was represented by his Deputy, Dr. Obafemi Hamzat, stated that it has become imperative to introduce new creative ideas, initiatives, and innovations that would better enhance the healthcare system in the country.

The restructuring, he said, would also be replicated in Lagos, adding that the state would no longer continue with a healthcare system that was being drawn back by unnecessary bureaucracies and red-tapism as such would result in disastrous outcomes which include degeneration of ailments, complication of diseases and loss of lives.

According to him, we understand the importance of an efficient healthcare system and this is why we have included health as one of our topmost priorities on the T.HE.M.E.S agenda at the inception of our administration.

“The goal of health pillar of the T.H.E.M.E.S agenda is to ensure the provision of efficiency and effective healthcare delivery to Lagosians and to make healthcare more seamless for the good people of Lagos,” he said.

Speaking further, the governor disclosed that it was for the above reasons his administration was aggressively pushing a number of policies such as the Lagos Health Insurance Scheme, EKOTELEMED, and a couple of others that would facilitate accessible and efficient healthcare service delivery and that his administration has prioritized training of medical personnel within and outside the country.

He urged the healthcare providers not to relent in their effort saying “as we continue to do our best in terms of upgrading our health infrastructure, equipping our health facilities with state of that art equipment and also giving due attention to is dues of welfare”.

Speaking earlier, the state’s Commissioner for Health, Prof. Akin Abayomi, stated that the government was trying to put in place digital platforms for Lagos, but there are other issues such as infrastructure, manpower deficiency, manpower bypassing appropriate process, and budget deficiency.

He further stated that budget deficiency is not just about the amount of money allocated, we must be able to confirm the ability of your ministry to draw out its budget and also to be able to measure what the budget has done and what impact it has added.

“Going forward, the health budget would be reviewed and to looked into it for areas that keep failing or doing badly, for year after year there is a certain segment that does not perform.

“there must be able a reason why that center is not performing, either the government does not have an appetite for it or it needs to be looked at in a more critical way or finding an alternative means of achieving what its suppose to do,” he said.