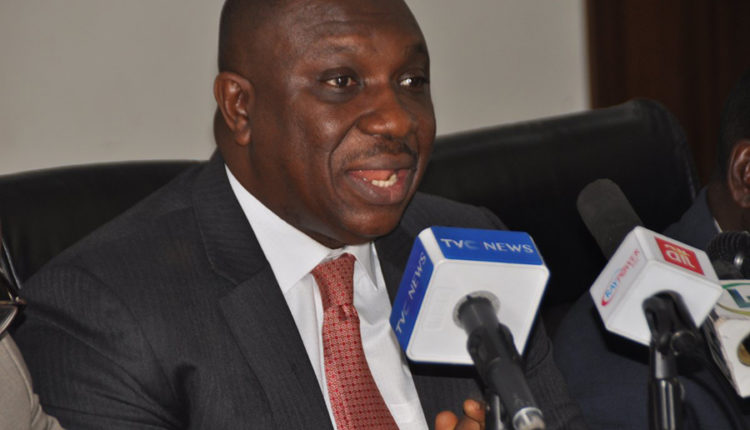 Inspite of the global pandemic, Lagos State has realized a gross income of N282 billion in the first quarter of Year2020, surpassing estimated revenue for the quarter by N15 billion.

Also, the state budget performance for the same first quarter hits 56 per cent, a result said to be higher than the figure recorded in 2019 despite the outbreak of coronavirus in the state.

A breakdown of revenue generated within the period showed that N100 billion was realized through Internally Generated Revenue (IGR), Capital receipt accounted for N141 billion while Federal transfer was N41 billion.

Egube, while stating that the estimated revenue for the first quarter was N267 billion, said that the revenue generated by the government within the period would have increased beyond N282 billion but the outbreak of coronavirus affected the drive.

He noted that the pandemic resulted in crude oil price reduction which affected the revenue realised from its sales, increased unemployment, reduction in public and private investment, and lower Gross Domestic Product (GDP) and others.

For the state economy to remain viable during the period, the commissioner explained that the state government has developed three strategies that would run simultaneously for the state to survive the pandemic.

“The first strategy is that we will be focusing on food security, economic intervention, and public safety, the second; focusing on job creation, economic stabilization, and fiscal consolidation, while the third is, focusing on digitization, business environment reforms, economic diversification”.

He also disclosed that the state has gotten over N14 billion, including N10 billion grant received from the Federal Government as a grant, to support the ongoing fight against coronavirus in the state.

He added that the fight against COVID-19 “is a continuous process and you will understand that our cooperation with the Federal Government brings about N10 billion grant into Lagos State. In addition to that, the private sector also made a contribution, and we have gotten N14 billion”.