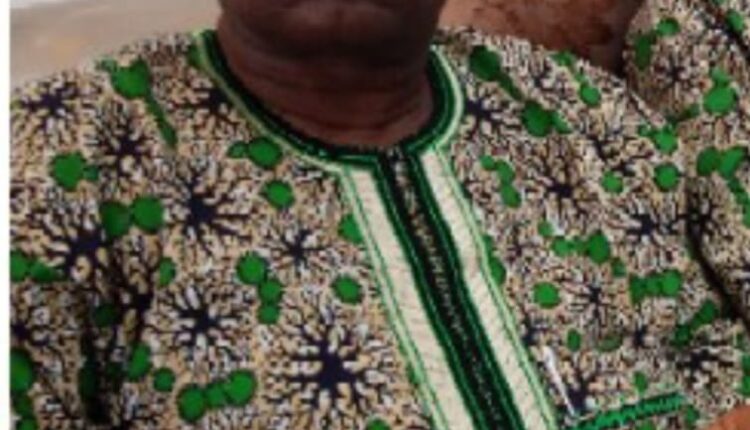 Share
The Amuwo Odofin Local Government former Chairman and Vice Chairman, Badagry Divisional Leaders Forum of the ruling All Progressives Congress (APC), Saliu Sekoni, has dedicated his 72nd birthday celebration towards ensuring that the Lagos State Governor, Babajide Sanwo-Olu, win during upcoming gubernatorial election in the state.
Sekoni stated that re-electing the governor and his deputy, Dr Obafemi Hamzat, would aid completion of ongoing infrastructural projects that were designed to boost the Lagos Gross Domestic Product (GDP) beyond its present status.
To this end, the former Council boss has stated that the best gift he wanted from Lagosians to make the birthday celebration worthwhile was to commit their Permanent Voter Card (PVCs) towards returning the incumbent administration.
While celebrating his 72nd birthday celebration, Sekoni, who described the combination of the technocrat governor and his deputy as the best thing to happen to the state, noted that their competency and rich background in governance were impacting positively on delivery of ‘The Greater Lagos’ project.
He noted that the people of Badagry Division had benefited immensely from Asiwaju Bola Ahmed Tinubu and Sanwo-Olu’s administrations in terms of inclusive governance and progressive development.
He added that the best way to appreciate the two leaders was to ensure that the people of the division vote overwhelmingly for the APC in the general elections and ensure the electoral victory of all the candidates of the party.
“We have benefited immensely from the administrations of our leader Asiwaju Bola Tinubu and governor Babajide Sanwo-Olu. We have produced deputy governors, Senators, House of Representatives members, lawmakers,  and now, a bigger one, the State Chairman of the party”
“It is a big challenge to us, we must give a block vote from this Division, we must go and collect our Voters Cards and mobilize our people to vote massively and ensure the success of Asiwaju Tinubu, governor Sanwo-Olu and other APC candidates in the State.” he stated.
As part of his contributions towards Sanwo-Olu and Hamzat re-election, Prince Sekoni, who was pioneer Chairman of Oriade Local Council Development Area (LCDA), has donated several souvenirs including campaign banners, T- Shirts, Face caps, and other enlightenment materials in the state.
The celebrant further disclosed that chieftains from the division have embarked on house-to-house campaigns, sensitizing electorates on benefits that lie ahead if they vote Sanwo-Olu during upcoming governorship poll.