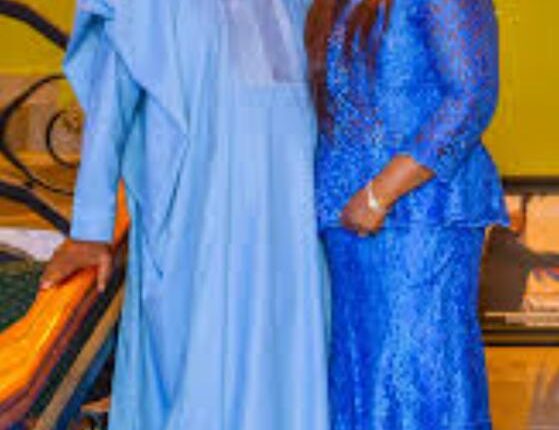 Share
The former Commissioner for Information and Strategy in Lagos State, Kehinde Bamigbetan’s wife, Fatimah, has been confirmed to have died after losing the battle to cancer.
Bamigbetan’s wife was said to have died at a private medical facility, the Lifestyle Centre, Seventh-Day Adventist Hospital, in Ile-Ife, Osun State.

Her death was announced on Monday by the husband through his official social media handle, displaying the wife’s picture to inform the public of the sad development.

A close associate of the family told The Guild that the former Commissioner’s wife died yesterday, barely six months after celebrating her 48th birthday with her husband.

The source added that she was undergoing detoxification following successful chemotherapy managed by Evercare Hospital, Lekki, Lagos, before her health relapsed and she passed on in Osun state.

Fatty as she was fondly called by many that had benefitted from her fitness classes in Ejigbo axis of Lagos was born on May 19, 1973, Fatimah attended Surulere Baptist Primary School and New Era Girls College, Surulere before proceeding to Obafemi Awolowo University, IIe-Ife where she had her Bachelor’s degree in English.