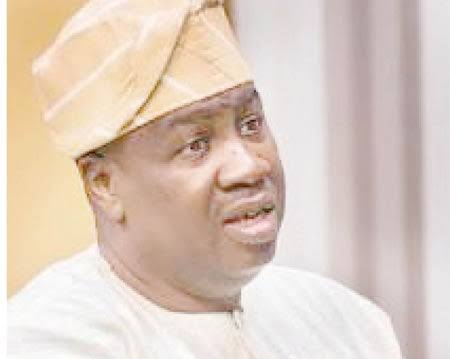 A Lagos former gubernatorial candidate, Babatunde Gbadamosi, has been detained by Nigerian Police for contravening social distancing order declared by the State Government to curtail coronavirus spread.
Gbadamosi was detained on Monday after been spotted in a viral video attending a birthday party organised by Nollywood actress, Funke Akindele-Bello for her husband, Abdul-Rasheed Bello, held in Amen Estate, Ibeju-Lekki axis of the state over the weekend.
A police source told our correspondent that Gbadamosi has been detained at State Criminal Investigation Department Yaba, and may not be released by the law enforcement agency for engaging in an act that was at variance with the law.

Another police source told our correspondent that Gbadamosi, a Real Estate Tycoon and the chairman of Amen Estates, was currently been quizzed for his action.

The police source stated that he could be arraigned on Wednesday and suffer the fate of the party organiser, Akindele-Bello and her husband, that have been sentenced to 14-day community services and N100, 000 fines as well, to serve as a deterrent to other residents aiming to engage in such activities.

Earlier, the former governorship candidate, who was spotted among the guest, narrated that he thought they were only going to see Funke Akindele and JJC’s family and staff at their house.

He, however, said he suffered a lapse in judgment after a celebrity turned up with a number of people with him.

The former Governorship aspirant who disclosed that he supports the social distancing policy that has been put out by healthcare officials to curb the spread of coronavirus added that everyone who attended the party is a resident of the estate.