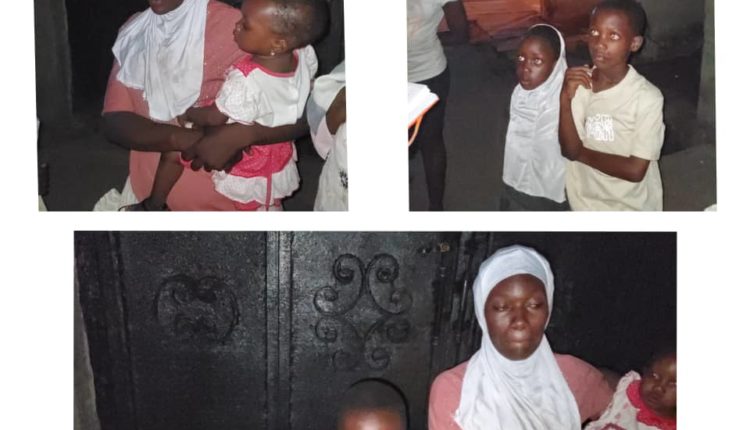 The Lagos State Commissioner of Police, CP Hakeem Odumosu, has rescued a stranded woman identified as, Nafisat Omitade, along with her three children at Berger region of the state, following which the mother and wards were reunited with family.

The Guild gathered that the woman had come from Osogbo region of Osun state with aim to reunite the children with their father, who lives at Owode-Idiroko community but had become stranded after reaching Lagos during early hours of the day.

Omitade, who spoke with newsmen on Monday, revealed that though the initial journey had gone smoothly, problems began after policemen on curfew enforcement duty had stopped the commercial bus in which she and the children were traveling.

She said that the arrival into Lagos at 12 am had compounded the situation which had left the mother-of-three stranded at the Berger entrance point of the state and that the rescue by Odumosu had been unexpected but greatly appreciated.

“It was when we go to Lagos, that I saw policemen that stop the vehicle that conveyed me from Ibadan, if there was police on the road from Ibadan wouldn’t get to Lagos. When we got to Berger bus stop every passenger in the bus were asked to come down, after awhile they allowed me and my children to go,”

“It was when I and my children were wondering about that the Police boss who was passing by saw us where we were standing helplessly and came to our rescue.”

Omitade expressed her appreciation for the help received from the CP, saying that such kindness from the police had changed her perception of the force.

“I want to thank him, because if not him I don’t know what would have happened to me and my children. He took good care of us, before taking my children and I to my grandmother’s house at Ojodu before proceeding on our journey the following day to Idi-Iroko, Ogun State,”

“The impression I had about Nigeria police before now as change totally with what the Police boss did for my children and i. I will forever remain grateful to him and his men who work with him for saving our lives.”

Four under detention after killing 16yrs housemaid for stealing