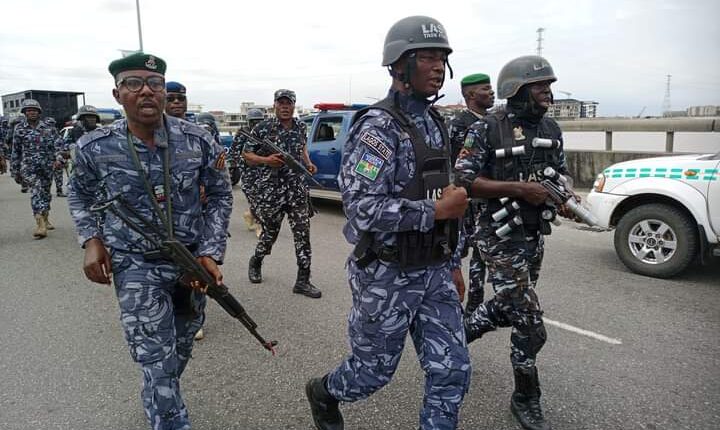 The Lagos State Police Commissioner, CP Abiodun Alabi, has threatened that officers under the state’s command would not listen to excuses from anyone, including Peter Obi’s supporters, planning to converge at Lekki Tollgate on October 1st against court’s order, forbidding any assembly at the facility, but rather deal with the person severely in accordance with the law.

Alabi warned that anyone found flouting the court order, and infringe on rights of other Nigerians would be dealt with in accordance with the law, saying it was necessary to enlighten Nigerians who may have made plans to converge at the Lekki toll gate, for the rally.

Through a statement released on Friday, by the police’s Spokesperson, SP  Benjamin Hundeyin, the CP stated that the court of competent jurisdiction had ruled that no person is allowed to converge at Lekki Toll gate for whatever reason and that on that directive, no assembly would be permitted in that area on the said day,  except law abiding Nigerians, going about lawfully.

He said: “It is imperative to reemphasize that no form of rally whatsoever will be allowed at the Lekki Toll gate tomorrow, October 1, 2022. This emphasis has become necessary to enlighten Nigerians that might be misled into converging on the toll gate.

“A court of competent jurisdiction has ruled that no person is allowed to converge on the Lekki Toll gate for whatever reason.

“I will leave no stone unturned in ensuring total compliance with the court order and an emplacement of adequate security in the state.

“While the Command is not averse to the peoples’ right to freedom of assembly and association; and expression, we will equally live up to its mandate of ensuring that no person or group of persons is allowed to infringe on the fundamental human rights of others, especially the rights to freedom of movement and right to dignity of human persons, especially under the guise of rally or procession.

“The warning, therefore, goes that anyone found flouting the court order or infringing on the rights of other Nigerians will be dealt with in accordance with the law.

I enjoin all peace loving persons to go about their lawful duties without fear of harassment or intimidation,  adequate security assets have been strategically deployed to ensure the safety and security of Nigerians at designated rally venues and across the state at large”.