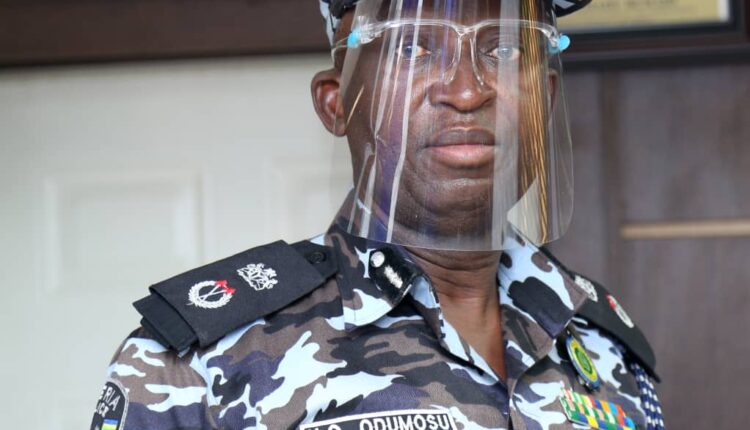 The police boss also ordered immediate arrest of the 13 leaders of warring groups of Gengere Community, Mile 12, Ketu Areas for their alleged involvement in the crisis that was orchestrated by some hoodlums in the community on 30th April 2021 at about 3.3pm.

Giving the directive on Tuesday after interrogating and interviewing elders in the community at the Conference Room, State Headquarters, Ikeja, Odumosu directed the Deputy Commissioner of Police, State CID, Panti, DCP Adegoke Fayoade, to take over the case.

According to him, Fayoade will immediately take over the case and carry out a discreet investigation into the general crisis in the area particularly the murder and arson cases recorded during the crisis.

Giving details of the preliminary reports on the April 30 crisis, the police boss said that the Commander Security Committee in Gengere community, Alidu Mohammed, was alleged to have disrespected and blasphemed Prophet Mohammed (SAW) and the hoodlums went on rampage, attacked him, set ablaze his two cars, vandalised one of his houses and set ablaze a small building belonging to one Alhaji Mamuda.

Odumosu noted that following the crisis, the command responded by immediately deploying additional policemen to the area where forty-five (45) suspects were arrested.

Odumosu further explained that the order for the immediate arrest of the leaders of the warring groups who have been fuelling the crisis in the area followed intelligence reports that the warring parties still plan for continuous attacks on one another.

He, however, warned the general public that the command would not tolerate any act of religious intolerance and lawlessness in any part of the state.

According to him, any individual or group of persons caught in the act or behave in such a manner that can trigger religious intolerance and lawlessness will be caused to face the full wrath of the law.