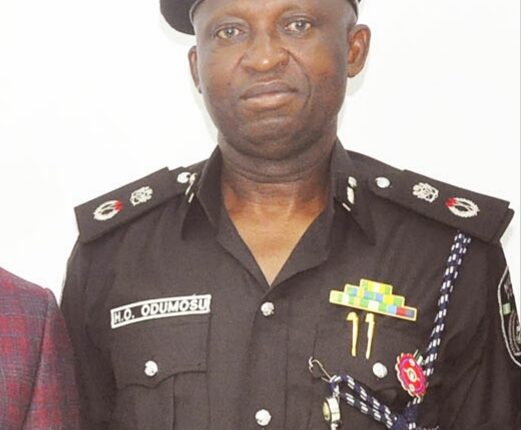 The Commissioner of Police, Lagos Command, Hakeem Odumosu, has been reported to have lost his mother, Sikirat Odumosu, at the age of 88 in Ogun State.

As gathered, the mother of the law enforcement officer was said to have passed on after a brief illness which was due to her old age at Babcock University Hospital in Ilisan Remo.

A source from the family, who spoke to The Guild, disclosed that the Octogenarian died on Thursday at about 8:00 pm and that before she passed on, the mother of the Commissioner was surrounded by her loved ones.

He added that the mother of the Commissioner would be buried in Ijebu-Ode Town, Ogun State tomorrow and that the burial would be in accordance with Islamic rites.

According to him, Mama, Alhaja Sikirat Adunni Odumosu, died about one hour and 30 minutes ago and this was after a brief illness which was due to her age.

The source further disclosed that the commissioner was currently bereaved and does not want to be disturbed, considering the bond between him and the late mother.

Confirming the development, the Police Public Relations Officer (PPRO), Adekunle Ajisebutu, in a short message, said: “Mother of Lagos CP, Hakeem Odumosu, died in Babcock University, Ilishan Remo. And she will be buried in Ijebu-Ode tomorrow”.