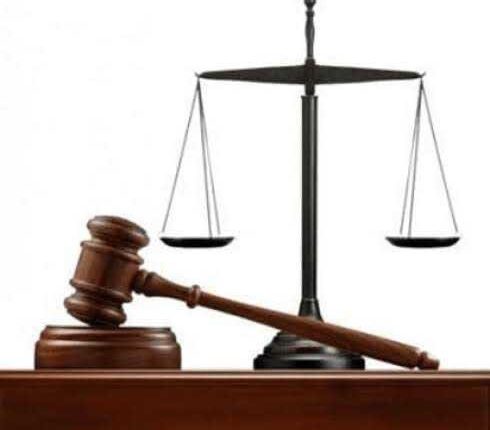 A High Court sitting in Ikeja, Lagos State has sentenced three men, James Udom, Nwem Etuk, and Kazeem Anifowoshe, to 14 years imprisonment for unlawful possessing firearms with an intention to engage in armed robbery across the state.

The convicts were arraigned by the Lagos State Directorate of Public Prosecutions (DPP) before the court presided over by Justice Aishat Opasanwo on a two-count charge bordering on unlawful possession of firearms and conspiracy to commit armed robbery which contravenes the Criminal Justice Act of the state.

Delivery judgment on the case, Justice Opesanwo found the three-man robbery gang guilty of the charges which are punishable under sections 403A & 403 (3) of the Criminal Code Law Cap. C 17, Vol. 2 Laws of Lagos State 2003 and thereafter sentenced each of the three convicts to 14 years imprisonment.

Explaining details of the judgement, the DPP representatives, Olayinka Adeyemi, explained further that the convicts were sentenced to 14 years imprisonment based on a ‘plea Bargain’ agreement reached during the proceedings.

Adeyemi said that the defendants were found in possession of firearms with intent to commit armed robbery at the scene of a crime when they were arrested by the Police.

She added that the Prosecutor, however, implored the Court to be lenient in sentencing the defendants after they pleaded guilty to charges leveled against them.

Adeyemi said, the prosecution also presented two witnesses and tendered exhibits before the Court to prove that the convicts committed the charges leveled against them, which subsequently confirmed the allegations against James Udom & two ORs.