We are not investigating Osinbajo over alleged corruption in… 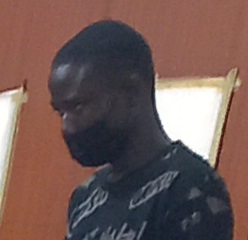 Share
The Special Offences Court in Ikeja, Lagos has sentenced an internet fraudster, Raji Olasunkanmi, to one year imprisonment for being in possession of fraudulent documents used to perpetrate internet fraud.

Olasunkanmi, was said to have been arraigned by the Economic and Financial Crimes Commission, (EFCC), Lagos Zonal Command for charges bordering on interned related fraud before his jail term conviction by Justice Mojisola Dada.

He was said to have pleaded “guilty” to the amended charge when it was read to him in the language that he could understand.

As gathered, the operatives of the Commission, were said to have apprehended the suspect while acting on the intelligence, along with some other suspected internet fraudsters on August 13, 2021 around the Iju-Ishaga area of Lagos.
However, following the anti-graft body conducted further investigations which indicated he had committed the crime, he was brought to court and charged with one-count amended charge bordering on possession of fraudulent documents.