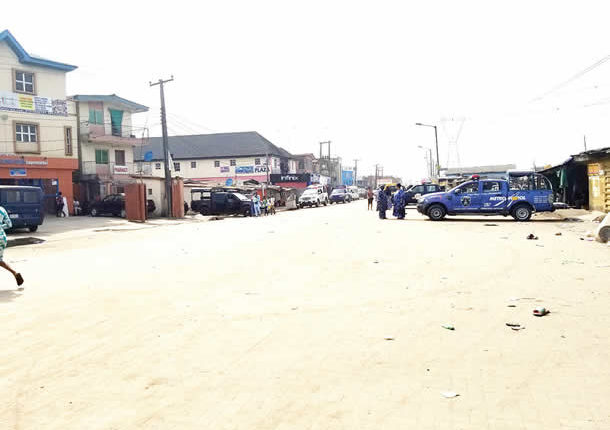 In a bid to end the ongoing face-off between factions of transport union in Aguda axis, the Coker-Aguda Local Council Development Area (LCDA), has suspended the activities of the National Union of Road Transport Workers (NURTW) and Road Transport Employee Association of Nigeria (RTEAN) indefinitely.

The suspension came hours after two persons were killed and several others injured during a renewed clash over who controls transport union activities within the axis started last Sunday within Pako and Cassette Bus stop.

It was gathered that the suspension became imperative after the clash spread to other axes within the council, crippling commercial activities and forced residents to remain indoors in order to avoid been caught in the web of gunshots.

The Council chairman, Omobolanle Akinyemi-Obe, who announced the suspension in a statement made available to newsmen on Wednesday, also ordered that Operators of Beer Parlors/Bars and viewing centers within the council should shutdown operation by 9 pm daily.

Akinyemi-Obe, meanwhile, announced a total ban on Street Jamz/Carnivals during this festive period, saying, the directive is to ensure the safety and security of the people especially during this Yuletide period.

All these, according to the Council boss, become necessary to ensure safety of lives and properties of residents which was threatened by the clash between rival Union since last Sunday.

She said: “Residents and visitors to the Council area are also enjoined to go about their businesses without fear as the situation has been brought under control by the prompt response of the Special Strike Force on Social Miscreants, Rapid Response Squad (RRS), Area C Command, Aguda/Ijesha Division, Surulere and they have resolved to intensify patrol and surveillance in and around the Council”.