Just In: S-West Govs., Ooni, Alaafin, others kick against… 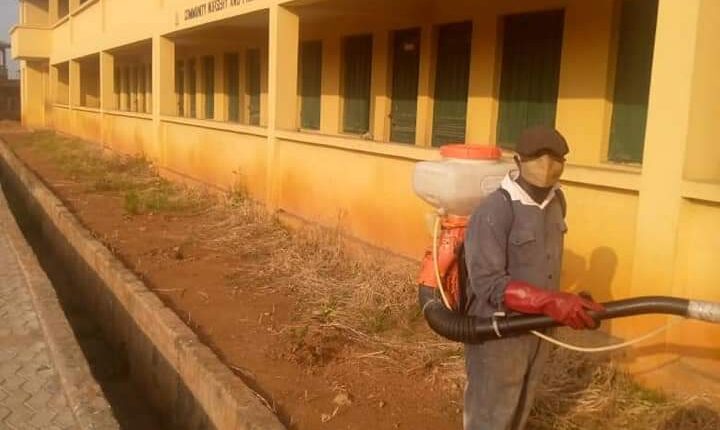 As part of the strategy to flatten coronavirus curve in Egbe-Idimu Local Council Development Area (LCDA), the council chairman, Kunle Sanyaolu, has approved decontamination of public schools ahead of reopening in Lagos State.

The council chairman approval came hours before the State Government announced that Junior Secondary Schools (JSS) would be opened on Monday, August 10 for students in exit classes, JSS3.

According to the chairman, this exercise is to compliment efforts of the Incident Commander in Lagos, Governor Babajide Sanwoolu, in his effort to ensure the state gains control over the virus.

“Schools are to enforce physical distancing where applicable and also provide facilities to reduce the spread of this deadly virus,” the chairman added.

Sanyaolu, meanwhile, urged residents to adhere strictly to COVID-19 guidelines, saying, I pray to the Lord Almighty to heal our land swiftly.