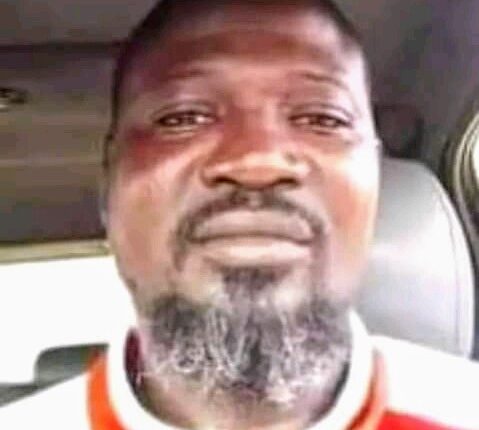 Following the murder of All Progressives Congress (APC) chieftain, Kayode Samuel, popularly called Epo Kinkin, in Lagos State, the Chairman of Oriade Local Council Development Area (LCDA), Ramotalai Hassan, has recommended that the Nigerian Police investigate circumstances that resulted in the death of the APC member.

Akinlola-Hassan, while describing Samuel’s death as a tragedy, urged the police to carry out a thorough investigation on murder of the deceased during the flag-off of Local Government election within the council.

The council chairman, who condemned the shooting that occurred during the flag-off for her re-election as Chairman and other candidates at the Oriade LCDA APC secretariat in Agboju, appealed that the law enforcement agency should urgently bring to book the perpetrators of the dastardly act.

Addressing pressmen at the council secretariat, Hassan stated that the murder Epo, as he was fondly called, by yet-to-be-identified gunmen, was uncalled for and very regrettable, adding that the young politician was a loyal and hardworking executive member of APC in Oriade LCDA.

The council chairman, while expressing her sadness over Kayode’s death, narrated how the sad incident occurred, saying, ” the campaign flag-off had been held and concluded successfully and peacefully, everybody inside the hall, including a member of the Lagos State House of Assembly, representing Amuwo Odofin 2, Olawale Rauf and other dignitaries were leaving, when suddenly some miscreants surged towards them.

“The hoodlums, who came with the intent to obtain money from the dignitaries particularly the lawmaker, accosted Olawale. In a bid to protect the lawmaker, the deceased stepped in and shielded Olawale, and the next sound that was heard a gunshot, forcing the crowd that had thronged the premises to scamper for safety.

“And the next we saw was Samuel, lying in the pool of his own blood, struggling for survival. His gesture attracted many to him and he was quickly rushed to Nigeria Navy reference hospital in Alakija where he was confirmed dead by medical officials.

Through a statement by the Media and Publicity officer for the council, Hassan Rabiu, and made available to newsmen, Hassan stressed that the murder of the chieftain was not connected to the campaign flag-off exercise.

She noted that the nine candidates vying for elective positions during the July 24 local government election in the state, were unanimously adopted by APC leaders and members in Oriade LCDA, during the recently concluded local government party primaries.

The council chairman, who was a former member of the state House of Assembly, commiserated with the family of the deceased and all members of APC in the council area.

Meanwhile, the highlight of the campaign flag-off at the party secretariat was the former handing over of APC flag to Ramotalai, as chairmanship candidate of the party in the forthcoming local government election.

The flag was handed over to her jointly by the chairman of the party in Oriade LCDA, Sabitiu Hassan, and apex leader in the council area, Prince Adio Sekoni.

The party chairman, Sabitiu, and the apex leader, Prince Sekoni in their brief remarks after the handing over of the flags to the candidates, urged party members and eligible voters in Oriade LCDA to come out enmasse on July 24 to vote for APC and all the candidates.

Nigeria, US firms partner on high-density pipes production, others