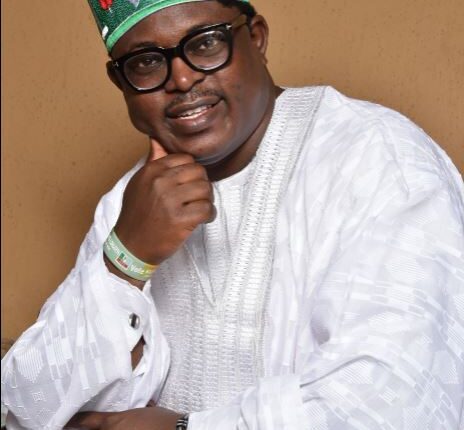 Share
An aspirant under the banner of All Progressives Congress (APC) prepares for Saturday’s primaries in Lagos State, one of the major contender for the party’s ticket in Ayobo-Ipaja Local Council Development Area (LCDA), Ladi Olo, has promised members and residents that under his watch, if elected, will improve the council’s  Internal Generated Revenue (IGR).
Olo added that if the party members can trust him with the ticket and residents handover their mandate to him, drastic efforts would be made to ensure that the council becomes the pride of Lagos State in the next four years.
According to the aspirant, within the four years, new narratives in governance will be made and the administration will partner with private investors to create employment and other opportunities to sustain existing jobs within Ipaja-Ayobo.
Olo, who stated this while declaring his intention in a well attended rally to run for the office of executive chairman, Ayobo-Ipaja LCDA, stated that the council stands to gain more under his tenure considering the efforts already put in place to identify possible solutions to the council challenges.
In his words, “I will not only provide jobs through public -private initiatives but will also ensure development is witnessed across the wards that made up the local government.”
“Governance is not a rocket science, but a matter of meticulous planing and bringing young and dynamic minds onboard in executing the laid down plans and programmes,” the aspirant added.
Oluwaloni, while assuring the people of Ayobo-Ipaja of an inclusive administration that would not discriminate against any group or individuals, added our government will be for everyone irrespective of association.