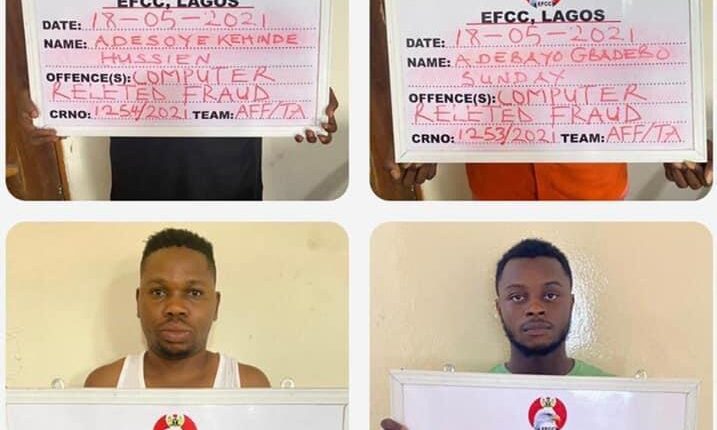 The Economic and Financial Crimes Commission (EFCC) has arrested and detained a club owner, Emeka Kingsley, alongside 14 other entrepreneurs for their alleged involvement in cyber frauds in Lagos State.

As stated, the club owner and other suspects, said to be all-male, were reported to have been apprehended by personnel attached to the anti-graft agency’s Lagos Zonal Office.

Confirming the arrest, EFCC’s Head of Media and Publicity, Wilson Uwajaren, in a statement made available to newsmen on Thursday, said that the suspects were arrested at Kingsley’s club, named Glass House in the Abule Egba area of the state.

Uwajuren stated that their arrest by the commission personnel followed actionable intelligence on their alleged involvement in computer-related fraud.

The EFCC spokesman further listed items recovered from the suspects to include, cars, mobile phones, and a laptop computer. He said the suspects would be charged to court as soon as the Commission concludes the ongoing investigation. 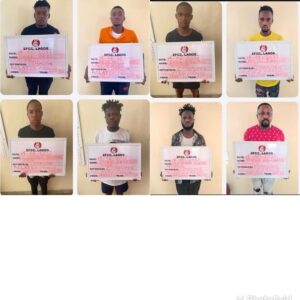