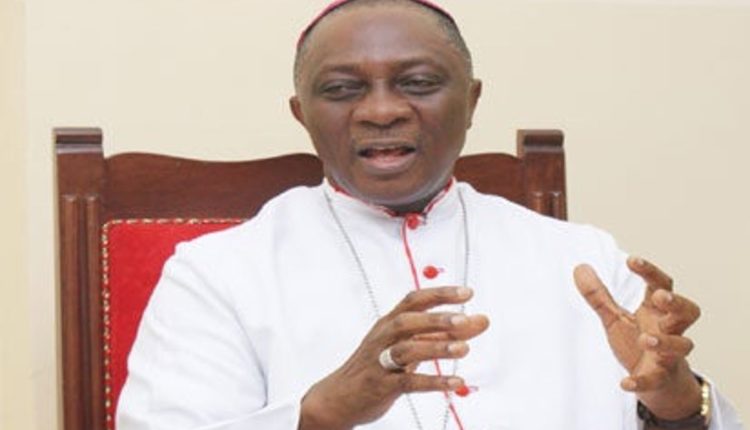 Share
By News Desk
In a bid to prevent spread of Coronavirus in Lagos, the Catholic Archbishop of Lagos, Alfred Martins, has approved new worship directives, barely 24 hours to the first session after the virus was confirmed in Lagos and Ogun State.
Martins stressed that the measures, which affect the church doctrines, became imperative to save members from contracting and spreading the deadly virus in Lagos considering its metropolitan status.
In a statement released yesterday night, the Archbishop, who described the virus as a plague and an evil act, stated that handshaking during Mass as Sign of Peace would no longer be allowed for the time being.
“During this season of Lent, in order to reduce the number of gatherings in Church to the barest necessary, we encourage people to do Stations of the Cross privately on Wednesdays while public celebrations will take place only Fridays especially as it is often followed by Mass”.
According to him, receiving of holy Communion in mouth will not be accepted but each member would be given on their palms, even as we encouraged members to ensure prompt use of sanitizers.
The Catholic Archbishop further directed that clergies in their churches should suspend the use of Holy Water fonts in churches till further notice.

More countries after Nigeria could report Coronavirus soon- WHO