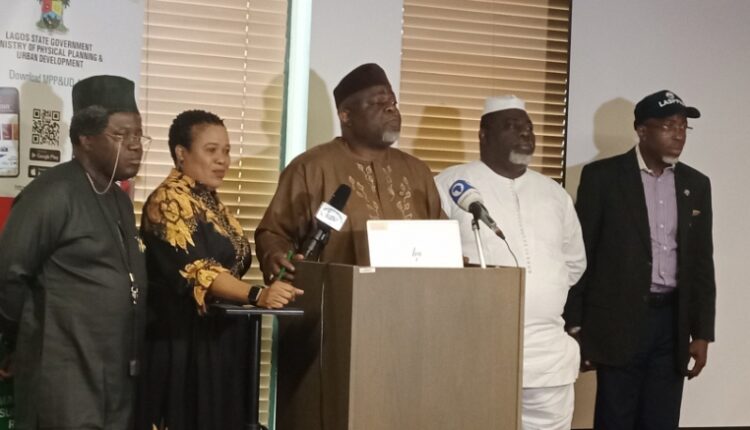 As a measure to prevent structures from collapsing, and to protect lives and property of Lagosians, the State Government has disclosed that a building code for Lagos would be introduced in another six months to regulate construction across the state.

The state government added that the new code, which could become effective before January 2023, would determine the category of buildings that could be sited in different locations across the state and would help to strengthen its measures to safeguard lives and property within Lagos.

According to the government, the document which would be specifically for Lagos would cover structural stability, durability, protection from fire, access, moisture control, energy control, and services and facilities”

Announcing the time frame before the document become effective, Commissioner for Physical Planning and Urban Development, Dr. Idris Salako, said that the government was only being proactive to quickly domesticate the National Building Code and use it to address challenges in Lagos built industry.

Addressing pressmen at a media parley organised in partnership with the Nigerian Energy Support Programme (NESP) on Wednesday in Ikeja, Salako added that the Lagos Building Code would supply the missing link in the existing regulatory framework.

He explained that the missing link the building code was coming to address includes providing the much-needed focus on performance standards for buildings as against design standards as well as addressing the challenges of land use, physical development and urban planning.

Salako added that when operational the building code would afford the opportunity to address the peculiarities of the State and its different localities with building performance standards while minimising costs of untold disasters from flooding, building collapse and fire outbreaks among others.

He said that the domestication of the National Building Code and its eventual launch as the Lagos State Building Code in the foreseeable future would present another national model from the centre of excellence.

“The Building Code when operational will afford us the opportunity to address the peculiarities of the State and its different localities with building performance standards, while minimising costs of untold disasters from flooding, collapse and fire outbreaks for instance”, he added.

Meanwhile, the commissioner appealed to media experts to consider the building code as a cause for the enlightenment of the public on the letters and spirits of the Building Code.

Earlier, the Special Adviser to the Governor on Works and Infrastructure, Aramide Adeyoye, who was represented by the Permanent Secretary for the Ministry of Physical Planning and Urban Development, Abisola Kosegbe, explained that was centred on the safety of lives and property.

Adeyoye disclosed that the government would be engaging stakeholders in the industry to get their input on the document before its launch and onward implementation for Lagos.

According to her, the State Government will be engaging stakeholders in a series of discussions to ensure that what we are introducing is a joint document for the state.

The Special Adviser to the governor on E-GIS, Olajide Babatunde, said that the domestication of the National Building Code would give adequate consideration to the peculiarities of Lagos State as opposed to the wholesale adoption of its contents.