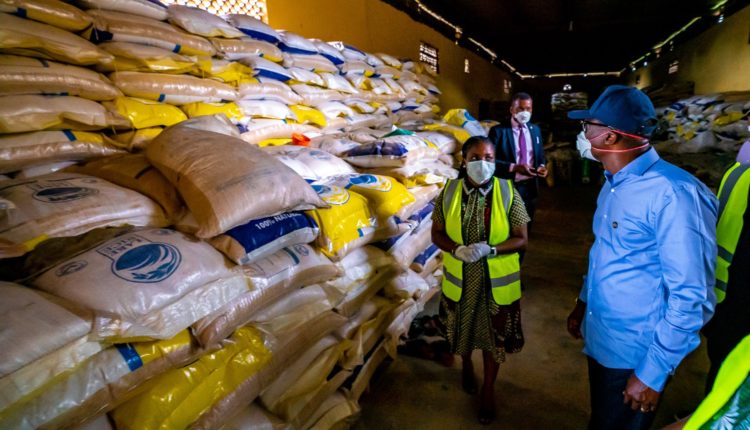 The Lagos State House of Assembly has warned against the exclusion of poor and vulnerable indigents from the distribution of coronavirus palliative within the state.

The lawmakers explained that several reports and feedback from indigents which indicated that there are alleged marginalization of the poor and vulnerable indigents had necessitated the call.

The Chairman, House Committee on Women Affairs and Poverty Alleviation, Mojisola Alli-Macaulay, urged the state government to ensure proper monitoring of the coronavirus palliative distribution and ensure the poor and vulnerable are giving priorities during the exercise.

Alli-Macaulay, who spoke on Wednesday during a fact-finding parley held at the Lagos State House of Assembly complex between the Committee and Ministry of Women Affairs and Poverty Alleviation called on the Ministry to be more proactive in its distribution process and ensure the state government palliatives reach the indigents poor and vulnerable.

According to her, the Ministry must prioritise widows, single mothers, and children during the distribution process, adding that the Committee will continue its oversight function by constantly monitoring the ministry’s activities and offering advice where neccesary.

Alli-Macaulay, reiterated the Speaker, Mudashiru Obasa’s directive, that the welfare of the Lagosians especially the vulnerable be given preference as it pertains distribution of the palliatives.

“At this point in time, the ministry is critical to the government in the distribution of COVID-19 palliative measures; so liaise with other ministries in order to ensure that the palliatives get to the grass root.”

“The ministry needs to come up with a better voice at making a stand for the vulnerable in Lagos State,” she said.

In her response, the Commissioner, Bolaji Dada, assured the Ministry’s commitment in reviewing the distribution process to ensure the palliative packages are distributed in accordance to the state’s government measures of mitigating the coronavirus induced hardship on the poor and vulnerable indigent.

She noted that the Ministry is aware of the enormous task before it and would not relent in  its efforts to make sure the vulnerable are taken care of.