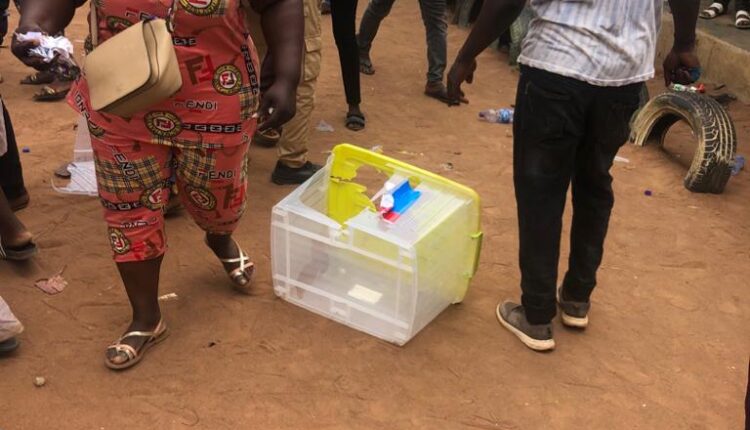 Following the violence recorded across Lagos during All Progressives Congress (APC) council election primaries, members of the party have appealed to the Governor Advisory Council (GAC) chaired by the National leader of APC, Bola Tinubu, to intervene and address the crisis that had halted peaceful coexistence within the party in the state.

The members added that the violence and manipulations that marred the exercise across 57 Local Governments and Local Council Development Areas (LCDAs) in Lagos State further indicated that there was a need for the GAC, the highest decision making body of the party, to intervene before the crisis escalated beyond its present position.

Speaking separately to newsmen on Sunday after the exercise they described as a sharp contrast to APC ideals, the party staunch members further argued that many were disenfranchised by the process adopted by the party executive, saying it allowed for shenanigans.

The reactions came barely 24 hours after the exercise was disrupted by hoodlums and thugs believed to have been sponsored by some members that were either aggrieved or were hellbent on ensuring their anointed candidate secures APC ticket for the forthcoming polls.

As gathered, the violence, killing, and ballot box snatching recorded during the exercise were said to have been a result of cultists and thugs equipped to truncate the exercise across the state.

In Ojokoro council,  a woman leader told newsmen that the Adewale Bello led APC executive members of the council were responsible for the disruption that recorded at the wards across the LCDA, adding, they took the ballot boxes away from the ward to an undisclosed location.

Another member, who does not want his name in print, expressed shock on arrival at the ward and discovered that the wife of an aspirant, Alimot Oke, was assigned as presiding officer during the primaries.

He added that efforts to stop her proved abortive and that she insisted to remain in the exercise, an action that resulted in clashes recorded, forcing everyone to abandon the process immediately particularly to prevent sustaining gunshot wounds from hoodlums accompanying the woman.

The lamentation was not different in Apapa local government, the council of the state party chairman, Tunde Balogun, as a member residing in the council, alleged that the party chairman and other election officers had reached an alliance to ensure that the exercise remains unpeaceful.

According to party faithful, “I can not imagine a whole state party chairman to disrupt the process with his boys, he knows he can not win because our chairman Elijah Owolabi has the crowd, and popularity than him so he scattered everything, while a member of the House of Representative was shouting “No Election “.

Meanwhile, the leadership of APC in the state has expressed regrets at “cases of skirmishes” during the party’s local government election primaries in some parts of the state yesterday.

APC Spokesman, Seye Oladejo, in a statement on Sunday in Lagos, urged the security agencies to conduct thorough investigations to bring the culprits to book.

“We acknowledge with regrets the reported few cases of skirmishes in a few wards with the attendant fallouts. We empathize with the victims of the unfortunate incident.

“While we await the formal reports of the electoral officials, we wish to admonish the security agencies to conduct thorough investigations to bring the culprits to book and maintain law and order,” Oladejo said.

According to him, hoodlums, cultists, and other outlaws are not members of the party and will not be tolerated. And that the untoward intervention of external forces within the progressive fold” should be resisted by all and sundry.

“The party wants to enjoin aggrieved aspirants to approach the Electoral Appeal Committee headed by Lawal Pedro to lodge formal complaints. The party calls for the traditional united front as we prepare for the fast-approaching local government elections,” he added.