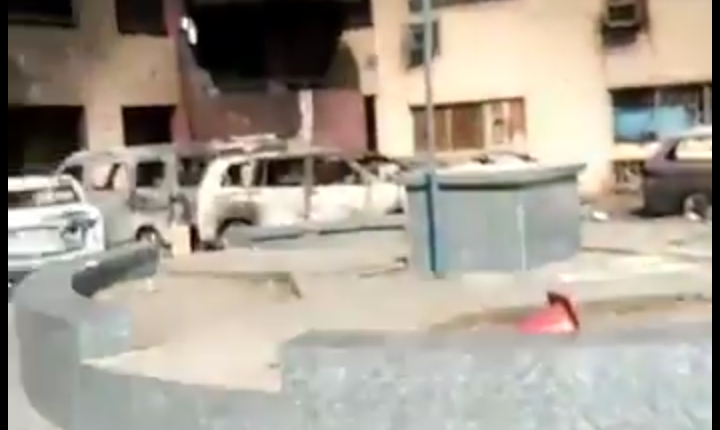 A member of the All Progressives Congress (APC), Lagos Chapter, Wasiu Banjo, has condemned the response of members in the state holding public office to the violence that trailed the EndSARS protests in Lagos, just as he called for their resignation particularly lawmakers.

Banjo added that they misled the APC national leader, Asiwaju Bola Tinubu, and made him believe that all plans initiated to ensure peace and harmonious relationship in the state were already yielding desired results.

He listed some of the public office holders that allegedly refused to use their office to assuage the angry mob to include Speaker of the Lagos State House of Assembly, Mudashiru Obasa and his deputy speaker, Wasiu Eshinlokun, the senator representing Lagos West Senatorial district, Olamilekan Yayi and the party’s candidate for Lagos East Senatorial district bye-election, Tokunbo Abiru.

Others were member of the Lagos House of Assembly representing Ikorodu, Senai Agunbiade, members of the House of Representatives, James Faleke representing Ikeja, Jide Jimoh among others.

Through a statement made available to The Guild on Friday, the APC member stressed that the listed public officeholders and others occupying public office through the party have failed the party and the public that believed in their expertise.

He argued that the public officeholders could not rise up and defend the Oba of Lagos, Oba Riliwanu Akiolu palace, traditional emblem of Lagos, when it was attacked by hoodlums disguising as protesters against brutality and extra-judicial actions of the scrapped Special Anti-Robbery Squad (SARS), a formation of Nigerian Police,

He said: “Where were all our elected representatives during this crisis? Those who have been elected more than twice, those who claimed that only them can represent our people because they are well loved by the people.

“You all kept mute and left only the Governor to sort things out, you all kept mute like cowards; from Yayi to Obasa, Eshinlokun, Agunbiade, Abiru, Faleke, Jide Jimoh etc, you all failed our Party and the people of the State.

“You could not use your famed popularity with the boys to save the State from destruction and the property of our leader in your community.

“Those of you from the Lagos Island should resign your positions, you are there and the Oba’s palace, City Hall and High Court complex were touched and you could not stop the boys with your famed popularity or the thugs came from the moon?

“It is a shame. You all misled Asiwaju to believe that Lagos is secured with you, how far now?”, he added.