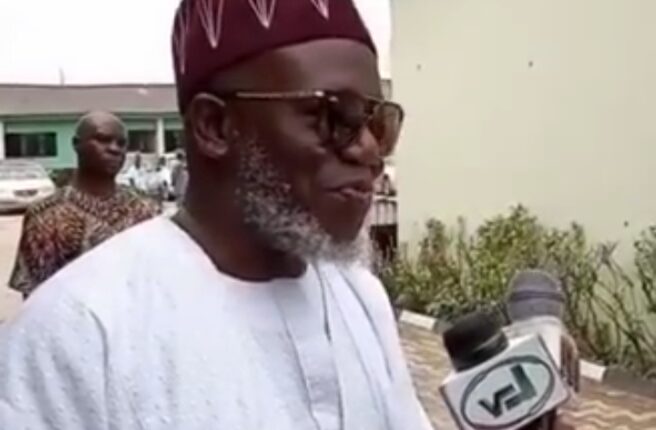 A member of the Lagos State chapter of the All Progressives Congress (APC) and a cleric, Ridwanullah Suenu, has been laid to rest after he passed on following a brief illness in the state.

Suenu, who was before his death one of the Islamic clerics in the party, and founder, Ummu Hujjatullah Quranic Schools, died on Sunday in the state.

The deceased cleric and a member of the ruling party was laid to rest at the Muslim cemetery in Agege Local Government after a prayer session at LSDPC Estate, Ile-iwe metta bus stop , Isolo axis of the state.

One of his students, Qamaruden Ajala, who announced that passing on of the cleric, described the deceased scholar as a mentor to all.

The statement released through his social media account reads: “From Allah we come, unto Him we shall return. My Teacher MY, my Leader, my Mentor, Sheikh Ridwan Olanrewaju Soenu is dead. Allahumma, ighfirlahu, warhamhu. May Almighty Allah admit my teacher into Al Jannatu Firdaus, amin.