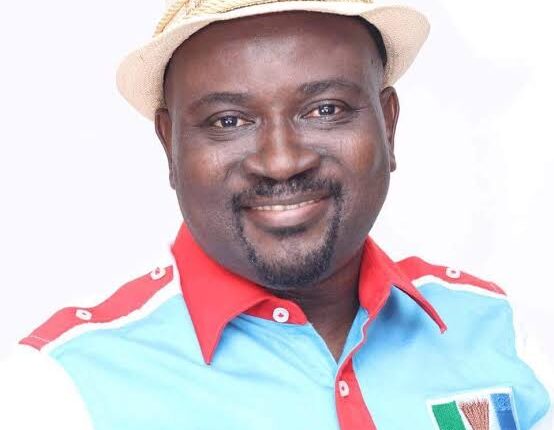 An aggrieved Lagos State Chapter of All Progressives Congress (APC) chairmanship aspirant in Agege Local Government Area of the state, Sola Osolana, has defected to Peoples Democratic Party (PDP) over what he described as poor council primary elections conducted by ruling APC across the state.

He added that he dumped the APC for opposition PDP, where he was welcomed into the folds without discrimination across the local government, to contest the council poll slated for July 24 and that the move was to secure electoral victory during the polls.

Osolana noted that the voilence that marred the election, including killings and subsequent replacement of aspirants who won the primaries with those that lost out as party’s flagbearers necessitated his decision.

The aspirants added that his defection was also perfected after clearance from his supporters, including some leaders in his former party who threw their weight behind his candidature with believe that he is the right man for the job, saying I defected to PDP purposely because of my numerous supporters in Agege.

“My objective to become the council chairman is to serve my people under any platform that is ready to accommodate me as the last APC primary was disrupted by thugs. And I’m assuring my great supporters to come out en masse to vote for me on July 24 during the election under the platform of PDP.”

The chairmanship aspirant alleged that the May 29 APC primary election was not credible as the process was disrupted by hoodlums in the area, adding that he was treated “unfairly” in APC and that he decided to fly another party’s flag to contest the chairmanship position in Agege Local Government.

He said that he tried to secure the urgent intervention of the party’s leadership on the distorted primary election without success, adding: “Up till now, there’s no response from the party leaders from both the local and the state government.”

It would be recalled that an appeal committee set up by APC to look into the recently conducted party’s council primary elections across 20 Local Government Areas and 37 Local Council Development Areas (LCDAs), has disclosed that no fewer than 125 petitions were filed before it with claims that the exercises were marred with irregularities across the state.

The committee, which sat for three weeks after the exercise, said that the petitions were filed before it by members and that they were centered on instances of outright inability to hold primaries as earlier announced by APC leadership for various reasons including spates of violence, as well as inconclusive procedures.

From the petitions filed and treated during its various seatings, the committee recommended that in areas where the exercises were not held due to face-off between members and other issues, the consensus procedure, as provided for by the party’s constitution should be adopted.

The chairman of the Appeal Committee, a former Solicitor-General and Permanent Secretary in Lagos, Lawal Pedro, while submitting the committee’s report to the State Chairman, Tunde Balogun, at the party Secretariat in Acme, Ikeja, emphasized that the party leadership, when embarking on the consensus option, should ensure that all concerned stakeholders participate in the process.