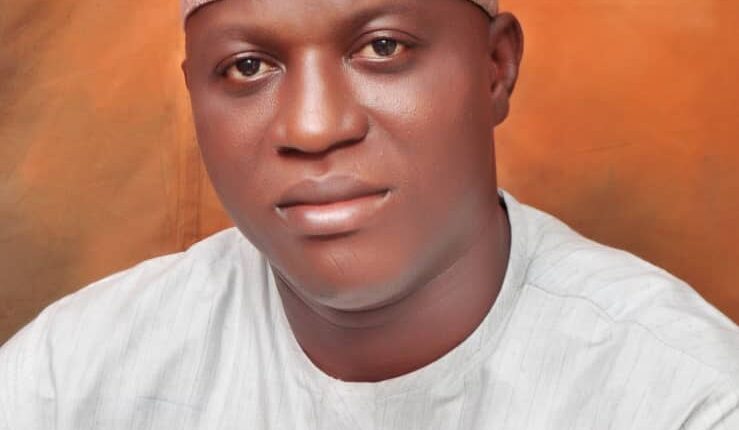 He also distanced himself, alongside his supporters from pocket of violence that marred yesterday’s APC primary elections across Surulere, particularly his ward, adding that no aspirant

He clarified that contrary to insinuations from different quarters, particularly from House of Representatives Speaker, Femi Gbajabiamila, and his anointed candidates for Local Government and councils’ camp, he had no hands in disruption of the exercise meant to elect the party’s standard bearers.

Thomas noted that it was surprising that the Gbajabiamila’s backed thugs who attacked party members, a development that led to death of two youths, could be working frantically to twist the story and attribute the violence to his camp and supporters.

Clarifying the claims in a statement made available to The Guild on Sunday, the aspirant noted that some of the cultists and thugs that allegedly attacked party members during primaries were led by Deputy Chairman of Road Transport employee Association of Nigeria (RTEAN) Ojuelegba chapter, Sunday Aransiola, popularly called Baresi, a staunch disciple of Gbajabiamila in Surulere.

According to him, before the election, our supporters were being intimidated, harrassed and threatened with physical violence by members of the Ojuelegba branch of the RTEAN even till the eve of the election on Friday 28 May 2021.

Aside from the threats, he noted that party leaders across the local government have been workkng frantically to disrupt the election process by clearing some candidates while others were omitted in their efforts to disenfranchised aspirants who opposed stepping down for their anointed candidates.

Thomas, however, appealed to National leader of APC, Bola Tinubu, the state’s Governor, Babajide Sanwo-Olu, and other Governor Advisory Council (GAC) members, and other top party leaders across the state to intervene in the crisis and ensure justice was done in the matter, adding that he, alongside his family had been receiving death threats from thugs loyal to Gbajabiamila’s camp.

He alleged that policemen from Area C police Command have been on his trail over the killings and violence in the area and urged the state’s Police Command and the Commissioner, Hakeem Odumosu, to intervene and investigate the killings which he was being framed for.

“On Tuesday 25th of May 2021, we expected the list of candidates for the elective position to be pasted at the party secretariat, to my disappointed the list of surulere LG was excluded and no satisfactory reason was given for the omission.

“The omission persisted until Thursday the 26th of May 2021 and still with no explanation from either the State Party Chairman, his office or the Local Government Party Chairman.

“The list was finally made available that Thursday night and we discovered to our consternation, that candidates had been purportedly selected and screened unopposed, while in some cases, already screened candidates were omitted. Upon protest at the party secretariat a screening verification was carried out and omitted names were returned to the list of aspirants.

“Meanwhile, on 29th May 2021, the day of the primaries, the primaries were to be held at Anglican primary school, Ibidun. Until late Friday night that the we got information that venue has been changed with no communication what so ever.

“Before then, however, our supporters were being intimidated harrassed and threaten with physical violence by the members of the Ojuelegba branch of the RTEAN on the eve of the election Friday 28 May 2021. Most of which to my knowledge were sponsored by Hon. Femi Gbajabiamila, the present speaker of the House of Representatives, who equally represents Surulere LG.

“Our efforts to find out the new venue of the primaries were thwarted throughout Saturday the 29th day of May 2021 by the LGA party chairman who initially around 11a.m same day told us it was shamsudeen Pry Sch. Only to later negate it.

“Eventually we were informed that the venue had been reverted back to Anglican Primary School.
All this time we were called up for a meeting with party leaders with directives from Hon. Gbajabiamila, for me to step down for his annoited candidate. Ten Minutes after I rejected the offer, Things took a turn for the worse, when around 1:00 p.m while we are on the company of our supporters at our ward in Hastrup, Cole street, we were attacked by a well coordinated and armed mob consisting of the said RTEAN thugs, who unleash mayhem on us, inflicting injury and killing two of my supporters.

“Immediately thereafter, even without report, policemen and soldiers, besieged the area, but rather than come to the rescue of our the victims, proceeded to carryout rash violence and arrest.

“I am a law abiding and responsible member of the society and I don’t belong to any cult group or association as it’s been peddle and sponsor by the supporter of the speaker as I have lived all my life In Surulere which can be attest by all,” he said.