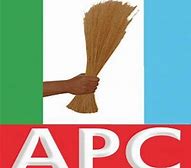 The All Progressives Congress (APC), Lagos State Chapter, has disclosed its decision to back embattled party National Chairman, Adams Oshiomole, on his leadership position in the party, against infighting party factions.

The state chapter explained that it believed in the rule of law as well as the ideology of party supremacy, and that both acknowledged the legality of Oshiomole’s leadership of the party.

According to the party chapter spokesperson, Seye Oladejo, the ruling APC was beset by infighting as a result of alleged personal ambitions which some party members held towards the upcoming 2023 elections,  and that such internal crisis was being compounded by activities of alleged enemies of the party.

Oladejo, who spoke through a statement which was released to newsmen on Monday, alleged that some persons had allowed their personal ambition and interests overshadow the need for peace, law and order, as well as the obvious merits of leadership which, he said, was exhibited by Oshiomole.

The spokesman enumerated several victories which the party had won under Oshiomole’s leadership, including the party’s retainment of the presidency during the 2019 general elections, APC’s winning of majority seats and leadership of the National Assembly, amongst others.

He stated that such rousing victories went a long way to validate what he described as the “dogged and passionate leadership” of the party chairman, adding that the chapter’s decision to support him had come in respect of such facts.

Oladejo hinted that the Lagos state party chapter did not stand alone, but had with it, other state chapters as well as party stalwarts and members, who were also in support of Oshiomole’s chairmanship mandate.

“At a time like this, Lagos State APC wants to identify with the majority of the noble, decent and honorable men who have pleaded for peace , decorum and discipline to reign supreme in our party. Stalwarts who support the mandate of our National Chairman, Adams Oshiomole. We are strengthened by the resolve of men of goodwill who’re standing firm in support of one united and indivisible party”.

He urged the warring factions and all aggrieved members to adhere to the rule of law, and open up channels for discourse, adding that the state chapter believed that the crises would soon blow over and that APC would come out stronger at the end.

“We regard this as testing the waters for the ultimate strategy of the enemies within to decimate the party before their final onslaught and as such, regard this development as a storm in the tea cup which will soon come to an end, in which our party will emerge stronger at the end of the day”.

The party offical encouraged all involved individuals and factions to remember that the party was supreme to all, and that they should sheathe their swords, sue for peace and work together for furtherance of the APC agenda.