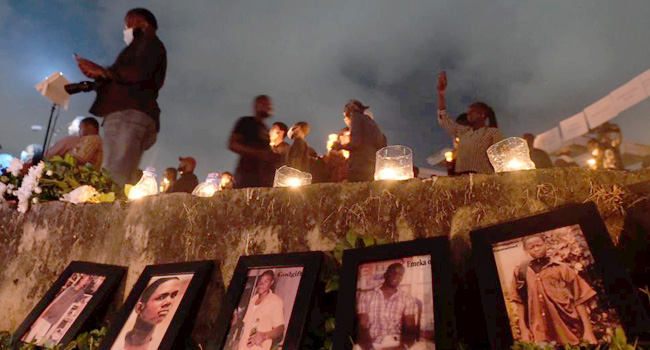 The ongoing protest against brutality and extra-judicial killing by the dissolved Special Anti-Robbery Squad (SARS), a unit of the Nigerian Police, has taken a twist in Lagos and Abuja with the demonstrators holding a candlelight procession for people that were killed by officers of the law enforcement agency.

On Friday, the demonstrators tagged EndSARS protesters were seen holding procession at the Unity Fountain Abuja and different locations in Lagos including Lekki and entrance of the state governor’s office, Alausa secretariat, Ikeja in honour of victims of extra-judicial killings.

In Lagos, the protesters gathered around various parts of the state to mourn the death of friends, loved ones, and family members who met their cruel end at the hands of SARS officials.

At the different locations where the candlelight events were held, prayers were said for the victims after which the demonstrators recited the National Anthem in respect of the country.

In Abuja, the protesters, who defied the Federal Capital Territory (FCT) Abuja administration ban on procession, started the night session with Christians and Muslims praying for the repose of souls that were killed by SARS officers, just as they recited the National Anthem in respect of the country.

Before the night session, the protesters had earlier in the day converted scene of the protest to a Mosque where the Christian provided a shield for the Muslims to observe their Jumaah service. 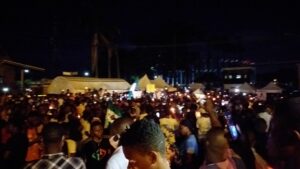 The Friday session marked the 10th day since youths across the country began taking to the streets to express their displeasure over extra-judicial killings and others in the country.

To quell the protest, the Inspector-General of Police, Mohammed Adamu, had earlier announced the dissolution of the unit SARS, which was at the centre of the protests.

Days later, the IGP, set up a new unit called the Special Weapons and Tactics (SWAT) Team, to replace the disbanded SARS, but, shortly after the new development, a new movement – #EndSWAT dominated the trends as many Nigerians believe that a mere change of name is not the solution to the problem.

Some of the demands include releasing all arrested protesters, justice and compensation for families of victims, the creation of an independent body to oversee the prosecution of officers (within 10 days), psychological evaluation of disbanded officers before redeployment, and the increase of police officers’ salaries.