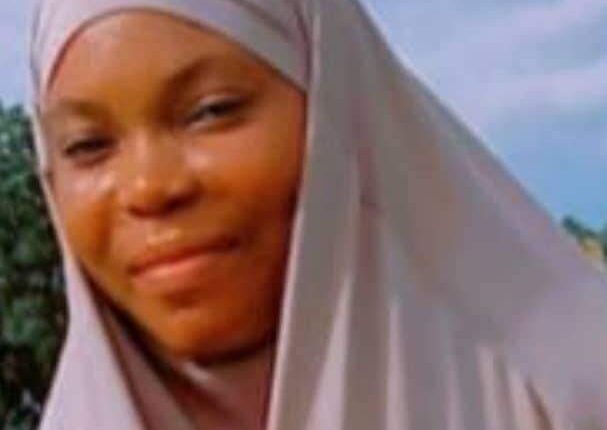 A Lagos abducted businesswoman, Aminat Folorunsho–Balogun, has been released by her kidnappers after her relatives allegedly paid the sum of N3 million as ransom to the gunmen in the state.

It was gathered that the ransom was paid to the abductors by relatives of the businesswoman at a community along the Lagos-Ibadan expressway in Oyo State.

The businesswoman, who was kidnapped from her shop around the Plywood junction axis of Lagos Road in Epe Local Government, was said to have been freed and dropped off around Mojoda axis of the Lagos-Ogun states boundary to locate her home.

To aid her in reuniting with the family, it was learnt that the sum of N500 was handed over to her, to secure the services of a commercial motorcycle popularly called Okada that would take her home.

On Wednesday, The Guild gathered that she returned home at about 9 pm yesterday and reunited with members of the family, ending the over three days in the abductors’ den.

Before her release, the abductors had demanded N50 million ransom but later reduced it after the family appealed that the funds may not be easy to get considering their financial status.

A member of the family, who spoke on anonymity since he was not permitted to speak, narrated that the gunmen had concluded their investigations before the attack, saying the community was no longer safe and it has been infiltrated by audacious criminal elements who could have such temerity to orchestrate such an act.

“The kidnappers didn’t operate based on any tip-off, she was unknown to them and when she got abducted, they asked about who they can contact for the ransom, and she said her father.

“The representative of the family went to drop the N3 million in Ibadan, Oyo State. As they parked at the spot where the kidnap spokesperson instructed them to park, they rode on a bike atop a hill on a dusty road.

“They were told to give the phone to an ‘okada’ man for direction on a very awkward road. They were told that they’ve been sighted and shouldn’t look back before and after dropping the cash.

“They saw nobody, everywhere was dark and thereafter went back to the filling station after which they trekked a far distance from there to where they parked their car,” the source disclosed.

The source further disclosed that having dropped the ransom, they awaited Hajia Aminat’s release around the Gurumaraji axis but the abductors told them to go home, promising that the victim would join them later in Epe.

“She was dropped around the Lagos-Ogun State boundary, in Mojoda and was given the sum of N500 to find her way home. The phone with her wasn’t returned but was given her husband’s SIM card. When the incident happened, she took her husband’s phone thinking she would use it to contact her family when she is eventually freed.

“Sensing a possible danger ahead, she was smart enough to hand over the phone to her abductors in order not to provoke their wrath when it rings,” he said.

It would be recalled that the kidnappers pretended to be customers, walked into her shop at about 10.07 pm, requesting to transact business, and took her away.

While the transaction was ongoing, one of the strangers, put off the power generating set, thereby throwing the entire shop into darkness. They collected the couple’s phones and beat them up. Thereafter, they locked her husband inside the shop, smuggled her into their vehicle, and drove away.

Spokesman for the Lagos State Police Command, SP Benjamin Hudenyin, said: “The case was reported and we are making substantial movements. We don’t want to say much but we are making progress.”