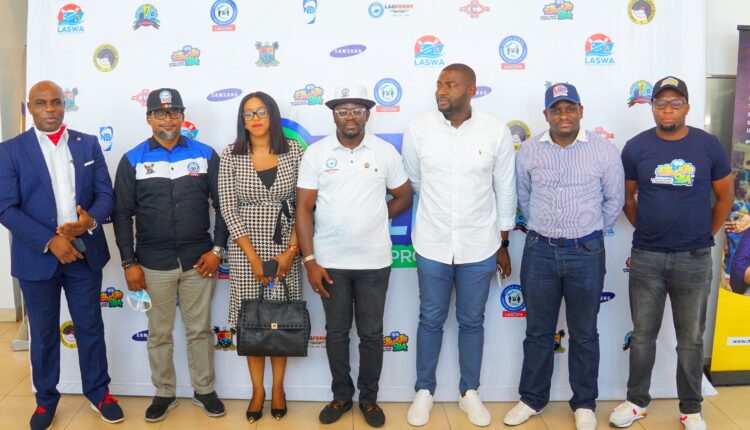 The Lagos State Ferry Service ( Lagferry) has disclosed that plans are being concluded and necessary facilities put in place to begin ferrying no fewer than 480,000 Lagosians daily to their various destinations through the state’s waterways in a safe and secure manner such that would increase residents trust in the service.

It explained that new ridership target, in addition with recent increase of the service boats to 20 were part of the Governor Babajide Sanwo-Olu-led administration to ensure an efficient multimodal transport system that could aid road decongestions and reduce travel time within the state.

The Managing Director of Lagffery, Abdoulbaq Ladi-Balogun, noted that the traffic gridlock been experienced by Lagosians daily and man hours lost on the roads were part of what informed the management decision to increase its capacity and slash from residents depending on road mode of transportation daily.

He added that Lagferry plans to take away 30 percent of the commuting public from roads and ensure they experience beauty of water transportation such that the multiplier effect would be that they convince others to travel through the boat service.

To increase the ridership statistics, the Lagferry boss noted that the service would be introducing new reward system for customers, frequent riders and that winners would be going home quarterly with home appliances, including television sets, microwaves, generators among other prices.

He stated that the reward system initiative had been introduced as means of giving back to the passengers through various prizes on offer in the quarterly promo tagged ‘Sailing and Smiling’ for frequent riders and passengers.

Briefing journalists yesterday at the agency office in Ikoyi, the Lagferry boss added that the service under the current administration was ready to double its investment on waterways transportation and put in necessary measures, like the quartely reward system been introduced, among others that would attract and assure Lagosians that water transportation remains viable and can solve daily gridlock being experienced by commuters on Lagos roads.

According to him, the aim is to bring ease on human movement and business opportunities through waterways in line with the governors aim of making Lagos a 21st century economy hub and while that is being done, customers are also getting reward for their loyalty.

“Now we have a total of 19 passengers boat and one cargo batch in the fleet of Lagferry. This was made possible by commitment of the state Governor Babajide Sanwo-Olu, to ensure that commuting on waterways become easier and something very attractive to Lagosians with the prizes been introduced today.

“This is furtherance to the fact we have to decongest the road for traffic and we have to encourage people to come on waterways. So this promotion and prizes being introduced is to encourage Lagosians to come on waterways and see it as an option and very reliable alternative to road transportation. It is a way of motivating and encouraging our riders on the waterways and by having this kind of promo to reward them in our own way of giving back to the consumer,” Ladi-Balogun said.

On achieving the 480,000 ridership daily, the Lagferry boss noted that “we are targeting 30 percent (480,000) of 1.6 million commuters on the road on daily basis and we hope that achieve that by increasing our fleets and that exactly what we are doing after a year of operation, we are doubling our fleet and we are looking forward to private sector partnerships and we have a lot of schemes where we can accommodate interest of private sector and it can be in terms of leasing, BOT and also in terms of acquiring the fleet and giving us to operate for them.

“They (private sector) can also come into the sector as another player entirely to be an operator in the sector. The enabling environment is being created by the government and we are looking forward to such partnership and collaboration so we can jointly decongest our roads from the burgeoning population of Lagos residents,” he said.