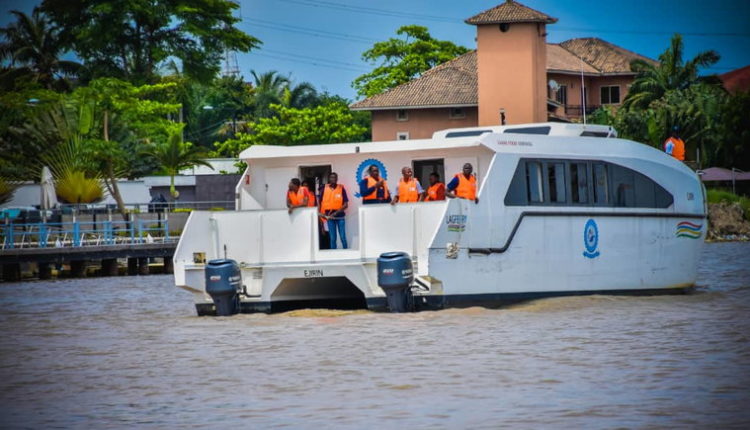 The Managing Director and Chief Executive Officer of Lagos State Ferry Service, Ladi Balogun, has disclosed that the transport company has achieved a new milestone after it recorded an all-time ridership with 1175 passengers in a day.

He explained that the milestone which was first of its kind came sixty-one days after the state’s Governor, Babajide Sanwoolu launched the commercial operations of the state-owned ferry service.

Balogun noted that despite the social distancing measure occasioned by the outbreak of coronavirus which necessitated the government to reduce the ferry service operations to 60% limited operating capacity as part of measures to mitigate the spread of the virus, the service recorded its highest passengers’ ridership on a single day of ferry operation, commuting a total of 1175 passengers (in lieu of 100percent 2120 Pax).

The Lagferry boss, giving a breakdown of the milestone through a statement obtained by The Guild on Thursday, said the feat was achieved through a combined 53 trips by the 12 passenger boats in the service fleet.

Balogun noted the commitment, efforts, and teamwork of all to all seamen, supporting staffers and that of customers made the feat achievable, noting that the foresight of the Sanwo-Olu’s administration was beginning to pay off.

“It is gratifying to note that the deliberate commitments of Mr. Babajide Sanwo-Olu’s administration to engender the intermodal transportation system is taking shape as Lagosians take to Water Transportation,” the statement read.

It added that the increase in boat ridership between January and March further revealed that more residents of Lagos have started embracing water transportation and that they believe in its efficiency.

The Commissioner for Transportation, Dr. Fredrick Oladeinde, who disclosed these in its presentation during the yearly Ministerial Briefing held at the JJT Park, Alausa, Ikeja, stated that the increase in ridership being witnessed was aided by the activation of the Badore-Ajah ferry terminal in Eti-Osa Local Government by the government to give commuters an alternative transport system.

He further stated that the ridership has justified the government investments in the sector which was aimed at giving residents options on the mode of transportation and reduce traffic and pressure on Lagos roads.