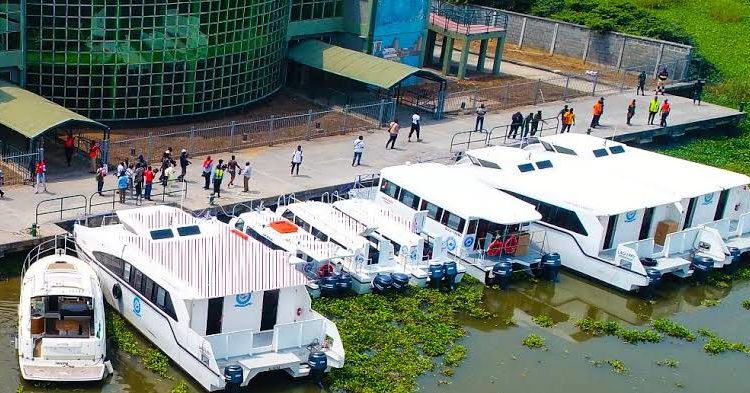 It added that the increase in boat ridership between January and March further revealed that more residents of Lagos have started embracing water transportation and that they believe in its efficiency.

The Commissioner for Transportation, Dr. Fredrick Oladeinde, who disclosed these in its presentation during the yearly Ministerial Briefing held at the JJT Park, Alausa, Ikeja, also cleared the air on the reported planned procurement of boats and that there was no plan for that yet after the procurement of eight boats that increased the fleets to 14.

On the ridership, Oladeinde stated that the increase witnessed was aided by the activation of the Badore-Ajah ferry terminal in Eti-Osa Local Government by the government to give commuters an alternative transport system.

He further stated that the ridership has justified the government investments in the sector which was aimed at giving residents options on the mode of transportation and reduce traffic and pressure on Lagos roads.

According to him, some of the huge investments made by the government were within the first quarter and it includes an additional eight boats to the existing six to increase the fleets of 14 boats.

Another investment was 180 tons barge to give residents the opportunity to hold social events such as weddings, naming ceremonies, and birthday celebrations were introduced.

“Events already held would have contributed to traffic gridlocks as many of the Events Centres do not have adequate parking facilities for their guests thereby extending parking of vehicles to the roads.

“With the introduction of the barge, Lagosians are encouraged to make use of the waterways for events management and tourism”.

The commissioner argued that the government’s present focus was to increase the market share in the water transportation sector to build the trust of Lagos residence and attract investors.

“Over 5000 life jackets were donated to commercial ferry operators and pupils in the coastal communities across the state in order to guarantee safety of ferry passengers and school children on the waterways”.