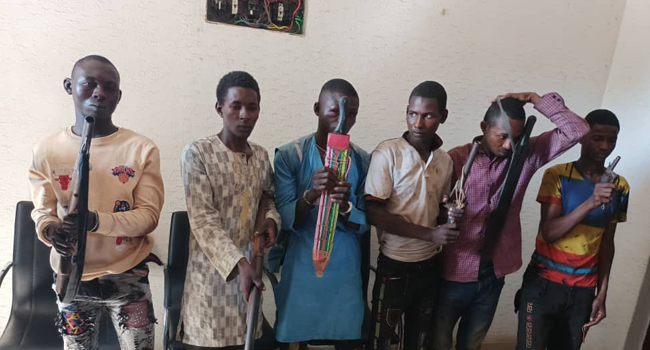 The Nigerian Police has arrested no fewer than six suspected kidnappers after rescuing a 300-level student of Kwara State University (KWASU) Khadijat Isiaq, from her abductors.

Khadijat, a Mass Communication student, was said to have been kidnapped by the suspects, now under detention barely a week ago around Okoru village, near Malete at about 9pm.

Before their arrests, the suspected kidnappers had contacted some members of the victim’s family in Malete and demanded that the sum of N50 million be paid as ransom before they could release her.

The commissioner of Police in the state, Tuesday Assayomo, in a statement by the command’s spokesman, Okasanmi Ajayi, on Saturday, confirmed that Khadijat has been rescued.

“I am happy to inform the general public of the successful search and rescue operation conducted in liberating the abducted 300L Mass Communication female student of Kwara State University by name Isiaq Kadijat.

“The command wishes to acknowledge the support of the Inspector General of Police, IGP Usman Alkali Baba, the local hunters, vigilante, and the school authority.

“Six suspects involved in the act have been arrested, different categories of weapons used in the kidnap were also recovered. The suspects will be charged to court after investigation. The victim has been medically examined and declared fit and will be reunited with her family.”

The Vice-Chancellor of KWASU, Prof Muhammed Akanbi, expressed joy over the rescue of Khadijat by the policemen, saying we thank God for making this possible and our policemen for this feat.