Just In: Sanwo-Olu, Hamzat, others get COVID-19 vaccine… 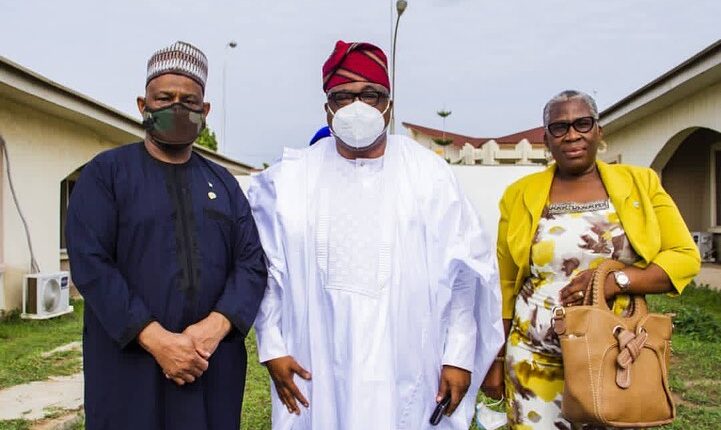 Kwara State Governor, AbdulRahman AbdulRazaq, has said that his administration would consider investing in manufacturing sector across the state, saying manufacturing was an important means of reducing unemployment in Nigeria.

It explained that aside from the manufacturing sector, his administration would also be investing in other critical sectors that would ensure more jobless youth are taken off the street and gainfully employed.

The governor stated these on Wednesday while receiving the Director-General of Standard Organization of Nigeria (SON), Farouk Salim, in Ilorin, the state Capital.

AbdulRazaq stated further that the present administration would encourage small and medium scale businesses in the state and partner SON to uphold standards.

The Director-General, Farouk Salim, said he was in the state to launch the organisation’s new multi-million naira office complex and inspect some manufacturing companies in the state.

Salim said that the Standard Organization of Nigeria would sign a memorandum of understanding with the state government to educate small-scale industries on standard products.

He appealed to the state government to provide supportive infrastructure manufacturers and other businesses in the state.