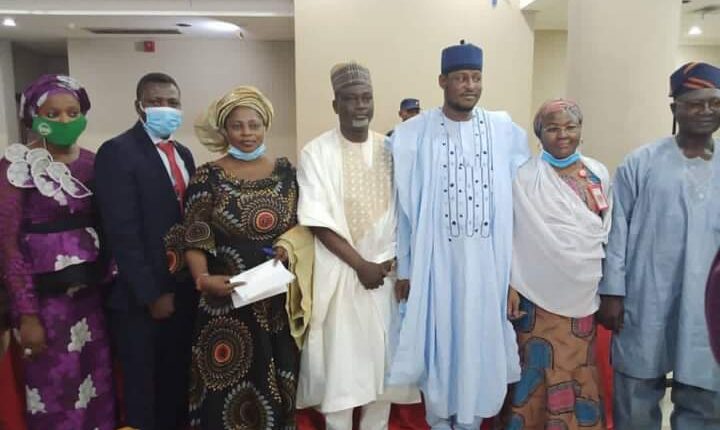 The partnership, it explained, was in line with the government’s commitment toward ensuring it gives needed support, conducive environment, favorable policies, among others for MSMEs to thrive across the state.

The State Governor, AbdulRahman AbdulRazaq, said the through MSMEs development, there would be enough jobs for the unemployed youths across the state and unemployment statistics would reduced to the barest minimum.

Speaking yesterday while inaugurating the state’s Council on the National Policy on Micro, Small and Medium Enterprise (MSMES) held at Kwara Hotel, Ilorin, AbdulRazaq who was represented by his Deputy Chief of Staff, Bukola Babalola, said that development of small business would also aid in the government’s poverty alleviation drive.

Addressing the newly inaugurated council, the governor urged them to use their wealth of experience toward achieving the admininstration’s transformation agenda for the state economy.

According to him, the government has provided an opportunity for the private sectors and investors with economic ideas to invest thereby setting a regulatory framework.

“The state will continue to partner with the Small and Medium Enterprise Development Agency of Nigeria (SMEDAN) in creating job opportunities and alleviating poverty among the teeming youths,” the governor assured.

Speaking earlier, the Commissioner for Enterprise, Abdulwahab Agbaje, assured all stakeholders that the council would work diligently to enhance MSMEs activities in the state.

The commissioner, who also doubled as the chairman of the council, however, called on the stakeholders to collaborate with the council for positive turnaround of the economy to boost productivity.

Earlier, the Director-General of SMEDAN, Dr. Dikko Umaru Radda appreciated the state government for providing the enabling environment for the agency to operate seamlessly.

He stressed that the core responsibility of the council was to provide guidelines on policies and strategies to drive the development of MSMEs subsector in the state.

The DG equally stressed that the council would resolve all cross-cutting issues affecting the growth of MSMEs in the state and synergize with relevant agencies.