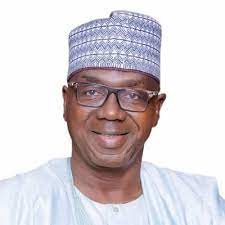 The Kwara State Government has disclosed that plans have been concluded to mentor aspiring youth and female politicians and leaders across the state to further position Kwara youth for opportunities in the political space.

It explained that the mentorship programme been put together by the office of the Senior Special Adviser on Youth Engagement was borne out of the need to see political participation as a veritable tool for improved youth inclusion.

The SSA on Youth Engagement, Kaosarah Adeyi, said that the programme billed to take place for three weeks in August has been designed to have participants undergo intense mentorship classes from successful female politicians as well as soft skills development classes to improve communication, problem-solving skills and strategies to get them into the political limelight.

Through a statement on Tuesday, Adeyi, whose office would be facilitating the session, said that females are underrepresented in politics in Nigeria, hence the need to foster political inclusion for women and youth through mentorship and other strategic programmes.

“Women need to take a more active part in the democratic and political processes in the country. In an era where there’s firm demand for gender balancing in governance as backed by different global organizations, the Kwara State

The government has keyed into this already and the mentorship series is another indication of where it stands on it,” the statement quoted her saying.

“Her Excellency, the wife of the Governor of Kwara State, Dr. Olufolake Abdulrazaq, will be part of the mentors on the programme that will also have in attendance the former Commissioner for Tertiary Education, Hajia Saadat Moddibo Kawu.

“Others are the SSA on SDGs to the Kwara State Governor, Dr. Jamila Bio; SSA on non-governmental affairs, Mrs. Toyosi and a host of government officials from within Kwara and other states,” it added.

Adeyi noted that the successful applicants would undergo six extensive coaching and mentorship sessions from active political leaders within three weeks and have the opportunity to engage them to improve themselves.

“The program will officially open on the 6th of August and close on the 21st of August. This is yet another step to provide more opportunities for youth in Kwara, a key objective of the Abdulrazaq administration. The governor will continue to chart a course for the overall development of young and old citizens alike in Kwara State,” she said.